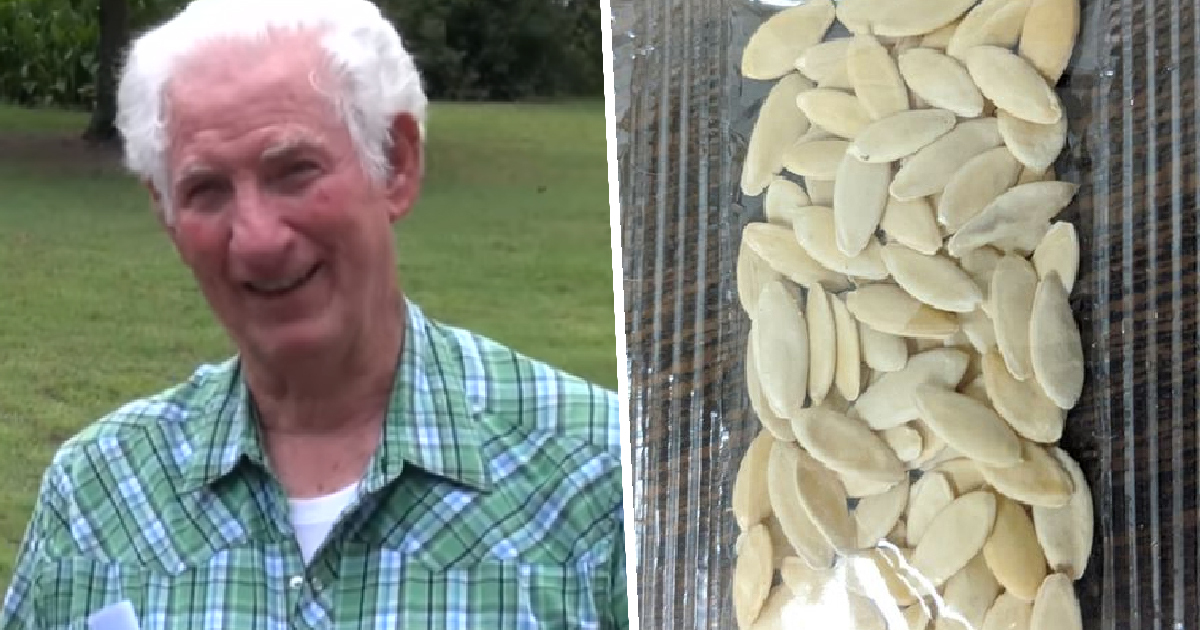 Remember last week when people from all over America were reporting that they had received a mysterious packet of seeds in the mail from China? That was weird wasn’t it?

Well, Doyle Crenshawn from Arkansas decided to ignore the official government advice against planting them – they were worried that it might be an invasive species – and did so anyway and has now ended up with a massive unstoppable fruit in his patch. It currently boasts large white fruits and orange flowers, which has led some people to compare it to a squash plant but nobody really knows what it is at the moment.

Authorities are coming by to remove it and conduct more tests on it soon, but in the meantime enjoy this news report on the weird monstrosity:

Lol that guy has the most redneck voice ever doesn’t he? The plant itself doesn’t look that weird, but I don’t really know anything about agriculture or invasive species – save that episode of ‘The Simpsons’ were Bart takes the frog to Australia – so I’m just going to shut my mouth right there.

I don’t really understand this part, but people are now saying that the seeds are part of a ‘brushing scam’, which can be defined as the following according to the Whitehouse Police Department’s Facebook page:

Yeah, I don’t comprehend that at all – are Chinese companies sending packets of seeds labelled as studded earrings to the US so that they can pretend to be US citizens and write good online reviews for the studded earrings? That sounds really above and beyond the call of duty and a really roundabout way to achieve something that isn’t even really that good in the first place.

Surely this can’t be the reason for the appearance of the seeds can it? Watch this space for what’s gonna happen to that plant – I got a feeling that there’s gonna be way more to this story.

For more of the same, check out this woman who called the police to complain about the quality of her weed seeds. Power move.