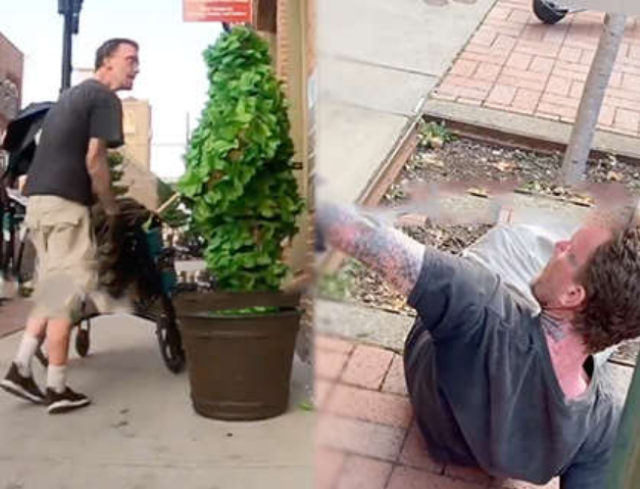 A dude named Arkansas Bushman has started up a YouTube channel where he basically pretends to be a bush and startles random strangers on the street.

Well he ended up startling one guy so bad that he received a slap for his troubles, but sadly for said guy, the Arkansas Bushman “don’t play that shit” (despite being goofy enough to do pranks disguised as a bush):

Damn, that’s unfortunate. Usually it’s quite amusing to see these YouTubers pull a prank on the wrong person and get smacked around while protesting “it’s a prank bro, it’s a prank”, but what makes this one interesting is that the YouTuber actually hit back and had the other guy apologising. What a world!

TBH I feel sorry for the hobo. It’s not the most shocking thing in the world that someone’s natural reaction to a “bush” jumping out at them would be to take a swing at said bush. Although there was a bit of a delay before he swung so maybe we can’t put it purely down to reflexes. Would he have swung if he realised it was a black tree? Hard to say.

Anyway, if I were Bushman I would expect more reactions like this if he’s gonna keep it going. Just make sure you catch it on video next time the guy is bigger and badder than you. Cheers.

For the YouTuber who is under fire after nearly killing his friend during a dangerous stunt gone wrong, click HERE.