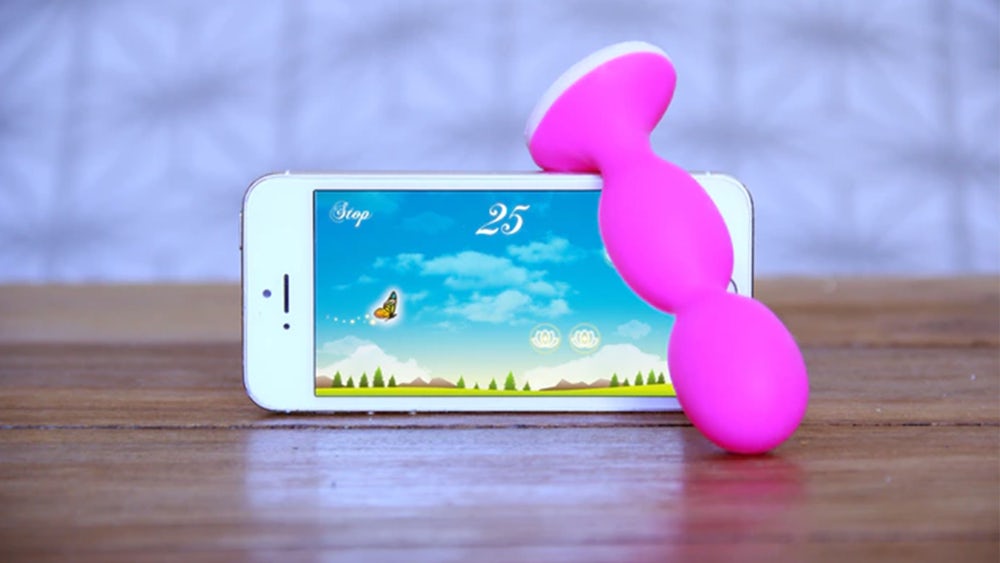 I’m not a girl, so I’m not familiar with the concept that you’re supposed to exercise and strengthen your vaginal muscles, but apparently that’s a thing and people often forget to do it. Unlucky.

That may very well be a thing of the past though thanks to this revolutionary new app called Perifit S, which allows you to strengthen your vagina whilst playing games. Result huh?

It works by popping a sensor-covered silicon device into your snatch and then clenching as hard as possible. This will then make a butterfly flap its wings, a bird fly through the air or a girl run through an obstacle course depending on which game you’ve chosen. I assume either the faster you clench or the more rapid your clenches are then the faster your avatar moves. Great.

Again, I’m not a girl and whilst this seems like a good idea on paper, are people actually gonna do it? Just stick that ‘silicon device’ in your vagina and sit on your couch for an hour or so playing this dumb game?

Whilst I’m sceptical, the device reached its crowdfunding goal within about 12 hours, so clearly there’s some demand for this kind of thing. Hope you all enjoy it and don’t get bored of it too soon.

For more vaginas, check out this woman whose party trick is getting her vagina smashed to pieces with a sledgehammer. Different.