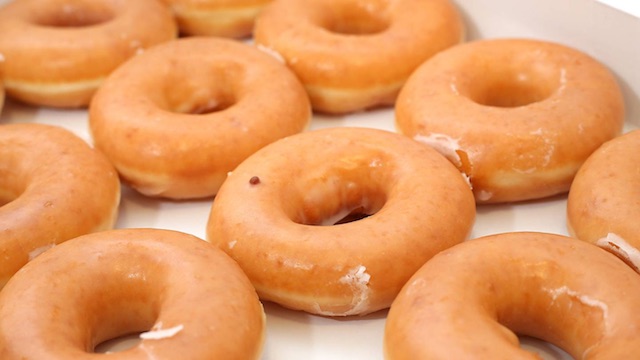 Lol of course they do.

It’s been all over the internet the past couple of days that Krispy Kreme doughnuts are offering everyone who has been vaxxed over in America a free doughnut every day of the year after their vaccination – which is quite frankly mad because how the hell are they going to afford that? – but rather obviously anti-vaxxers have come out and decided that they have a massive problem with it.

The angle that they’re going for on this one is ‘discrimination’ and here are a couple of the ‘highlights’ that they’ve come out with on the Krispy Kreme facebook page: 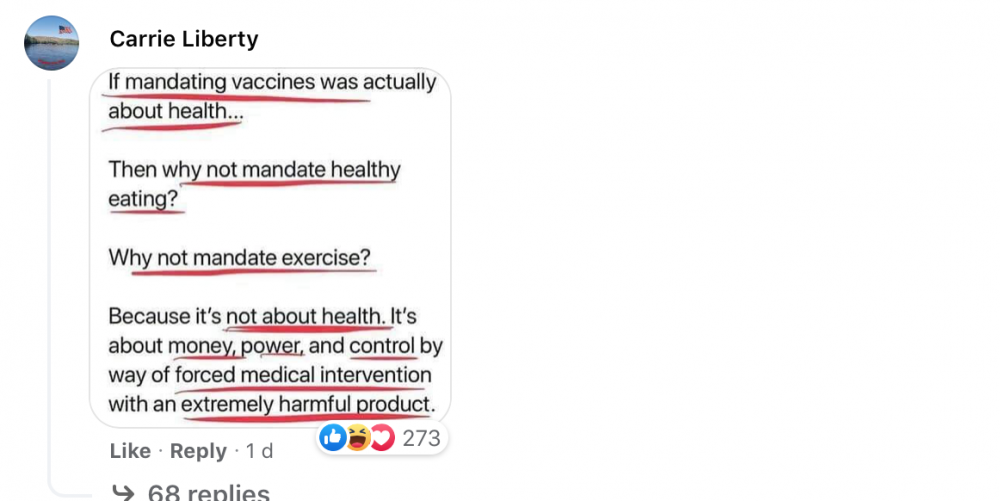 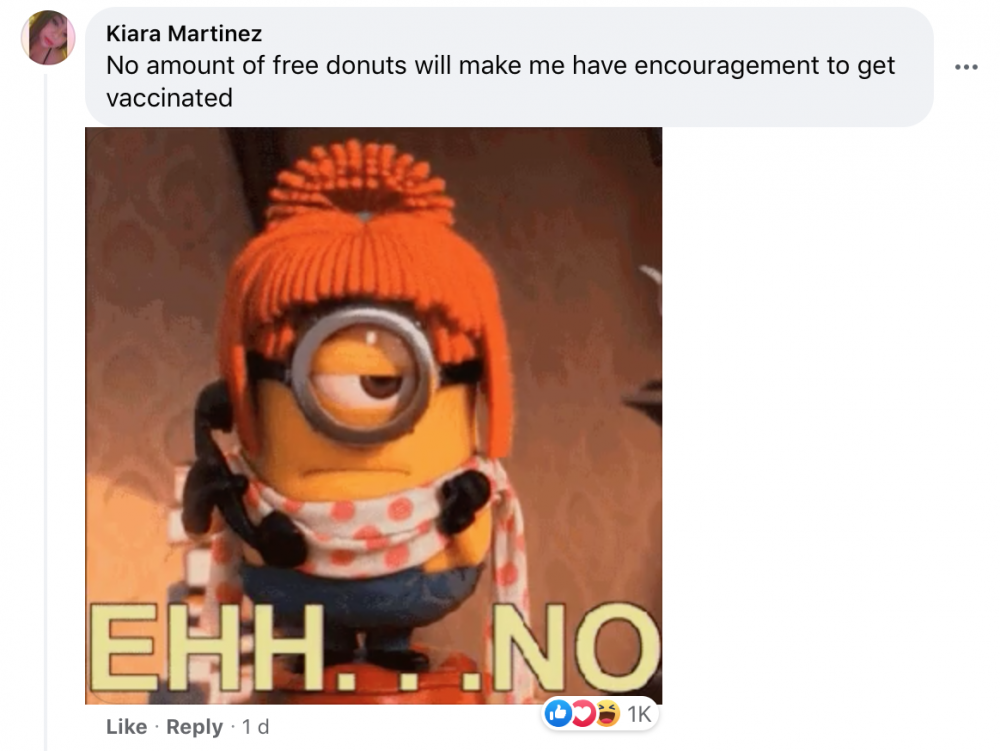 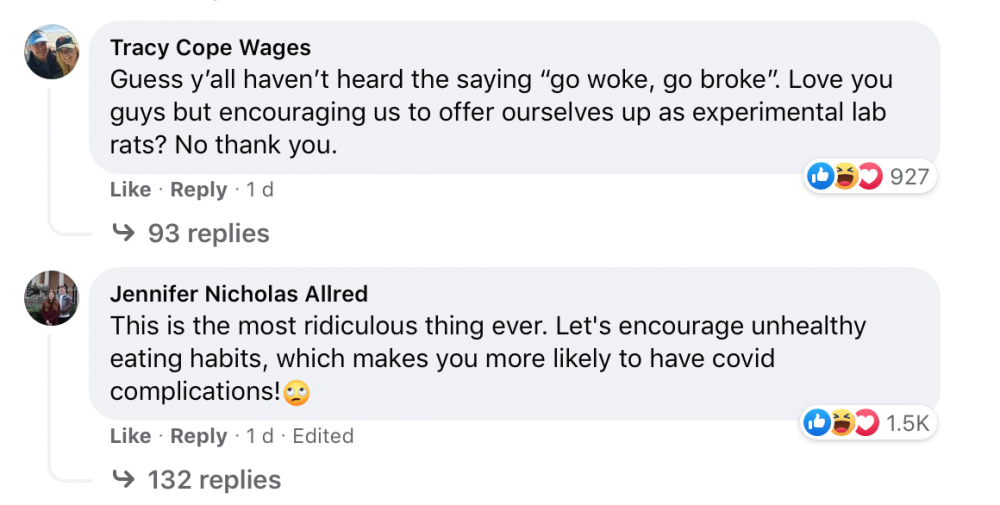 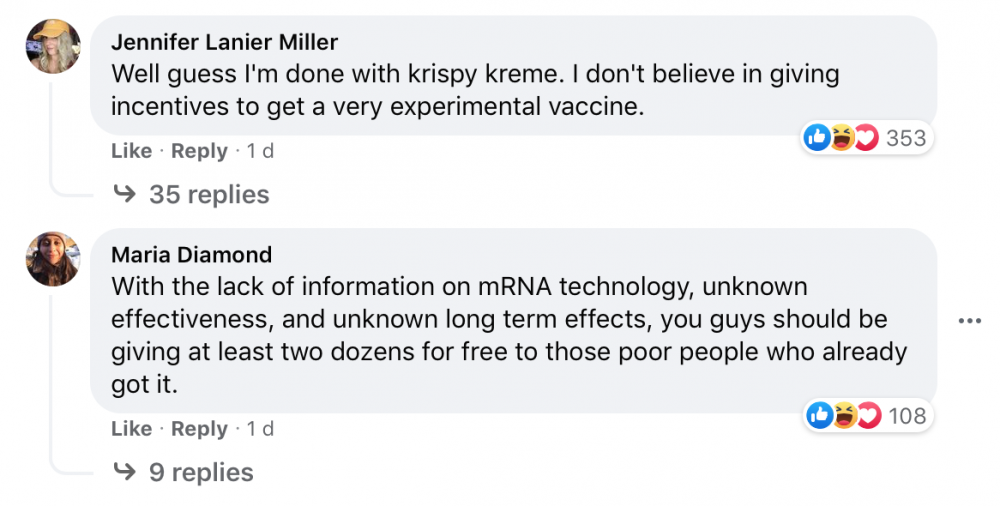 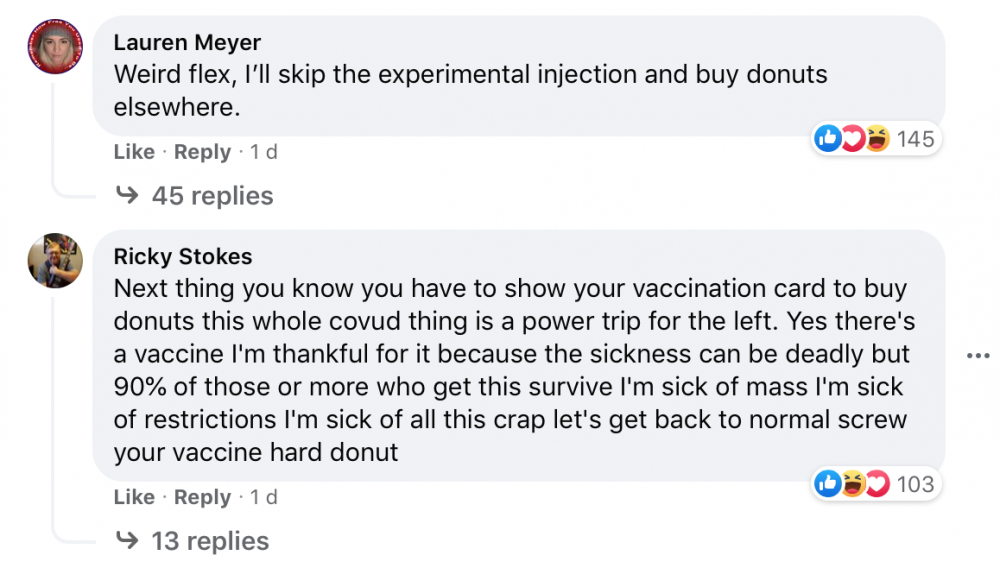 Lol people do love to comment don’t they? And judging by the likes and replies, a lot of people are agreeing with them and that seems a bit silly to me? Is anyone who’s on the fence about a vaccine actually going to get one because of the incentive of getting free Krispy Kreme donuts? It seems like a bit of a weird thing for people to get on their high horses about, especially when it’s just done by KK to appeal to people who see themselves as forward thinking/liberal (or aren’t braindead lol) and not to actually try and convince them to get the vaccine and that point seems to be lost on a lot of them?

My only problem with it is that the offer isn’t available over here, but maybe if we can travel to America after the summer then I can still pick one up hey? Lol yeah right. Kinda sucks that you can only get an original glaze doughnut as well because they’re obviously the worst ones available. Dumb.

For more of the same, check out this absolutely incredible anti vexer fan fiction. That really is something else.