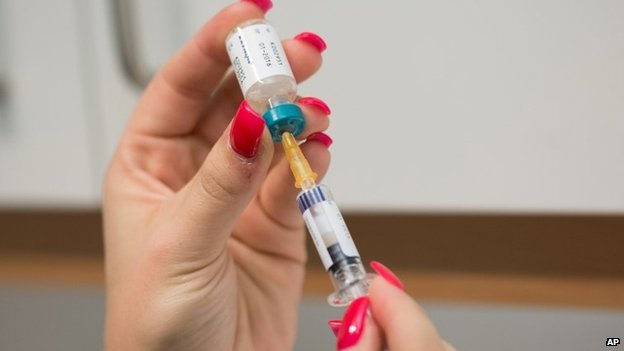 Anti-vaccine people are the worst.

A German biologist offered 100,000 euros (£71,350, $106,300) to anyone who could prove the measles virus exists and has now been ordered to pay up after a doctor gathered enough evidence to prove to him it does.

Stefan Lanka believes measles is psychosomatic, meaning he thinks it’s a trick the mind plays on the body. However German doctor David Barden managed to show otherwise and despite Lanka’s reluctance to honour the bet, a court in the town of Ravensburg ruled that he HAS to. Ha!

It is a psychosomatic illness. People become ill after traumatic separations.

What kind of shit argument is that? Pretty satisfying to know he not only got proved wrong but the court basically told him to STFU and pay up 100 grand.

There’ve been 22,000 cases of measles, which is highly contagious, reported across Europe since 2014 which is why the World Health Organisation is pushing for more vaccinations. The symptoms are = high fever, rashes, generally feeling unwell.

If you’re someone who still believes vaccines cause autism/are bad for you, watch this: