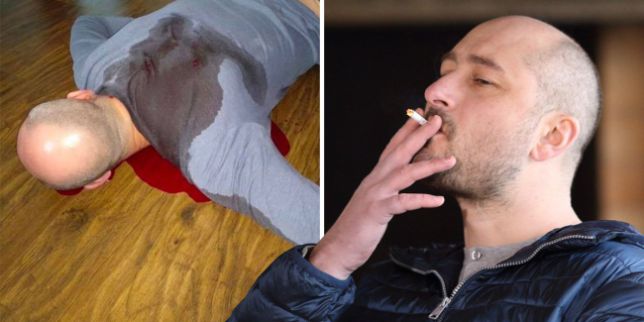 Rumours of his death were greatly exaggerated.

Even if you have only a passing interest in politics, you probably saw yesterday that an anti Putin journalist over in Russia was shot dead in what was seen as another attempt by the Russian government/Putin to silence those who were speaking out against their policies – this has happened a number of times over the years.

Except that Arkady Babchenko hadn’t been killed at all and instead turned up alive and well today at a press conference in Ukraine. He explained that he had faked his own death in order to expose the people that were actually trying to kill him. Sounds very convoluted but I guess that’s exactly what the political situation in Russia is like at the moment.

Babchenko was allegedly found outside his apartment in Kiev yesterday having been shot three times in the back. He then passed away on route to the hospital and Moscow and Kiev were at each other’s throats about it, with Kiev claiming that Russian spies had infiltrated the country and shot him with Russia obviously denying this and saying Kiev was full of shit. Not really sure how that led to any Russian spies being exposed, but here’s Arkady trying to explain the madcap scheme in his own words and a video of the BBC doing a better job than either he or I ever could of figuring it out:

They came to me a month ago, people said that there is an order for you, already transferred money – $40,000 USD.

They showed my passport details, my documents, my photo, but there was my passport which was issued when I was 25, so it was clear that the information came from the Russian Federation.

As a result of the operation, one person has been captured, he is being held.

Special apologies to my wife. Olechka, I am sorry, but there were no options here.

I’m not really sure what he’s saying there and maybe I’m being dumb or it’s lost in translation or something, but it kinda seems like the Russian Federation put out a kill order on him and then the mysterious ‘they’ found out about it and planned to fake his death in order to capture them somehow. Not sure how they managed to do that but it sounds like they did so I suppose they deserve a big pat on the back for that.

The best part is that they didn’t even let his wife know they were planning on it so she must have been absolutely screwing for the last day. I suppose there were no options there hey though? He might have got some Rusisan guy arrested and exposed some corruption over there, but I dunno if it was worth it for the inevitable shitstorm that he’s going to get from his wife for faking his own death. Is anything worth the kind of bollocking you would get for that? Even exposing your own corrupt government?

Apparently this kind of stuff does happen sometimes in Russia though – this guy once faked his own death in order to propose to his girlfriend. Different.