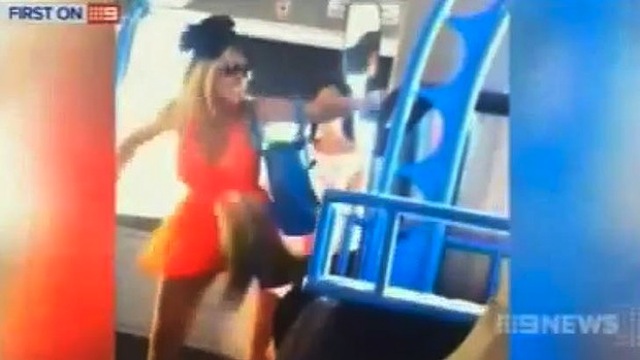 Anonymous names and shames two Australian women who attacked a defenceless man on the bus.

A story trending in Australia right now concerns two young women traveling on a public bus who decided to pick a fight with a 77-year-old passenger and relentlessly attack him. The story has now been shared by thousands of Australians in an attempt to track down this pair of of low-lifes.

The girls are shown screaming at the indigenous man who is partially blind, while kicking and hitting him while he’s sitting down minding his own business. The reason for their outbreak is unclear from the video, but the attack is totally uncalled for. The rule that you can’t hit women needed to be put aside in this case and they should have received an uppercut each for behaving like complete trashy morons. Despite being dressed in fancy hats and cocktail dresses, these ladies are anything but class.

The wide-spread footage caught the attention of the hacktivist group We Are Anonymous, who are known to name and shame people who should be brought to justice. They worked their magic and have now identified the two girls in the video. One of which has been charged previously for armed robbery. All that can be done now is to play the waiting game and hope the Queensland police do what is right and lock these two up or at least slap them with a hefty fine. The fact that they’ve been made infamous by the wide exposure of the viral video will surely make their lives a living hell from here on in. 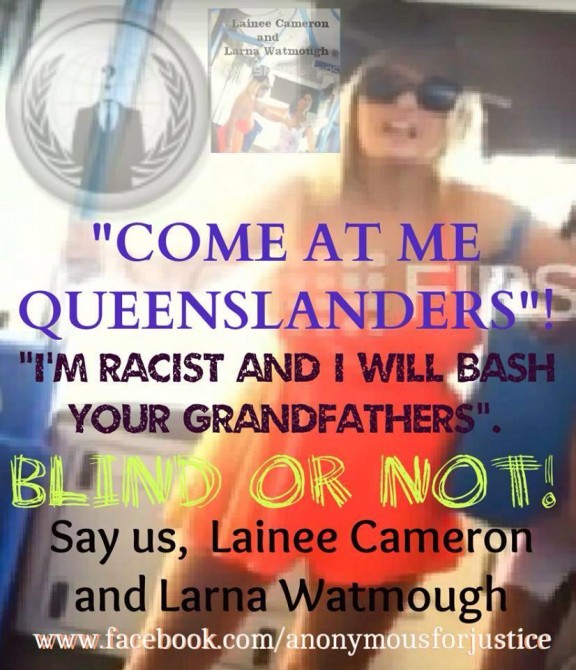 (a) with intent to intimidate or annoy any person, by words or conduct threatens to enter or damage a dwelling or other premises; or

(b) with intent to alarm any person, discharges loaded firearms or does any other act that is likely to cause any person in the vicinity to fear bodily harm to any person or damage to property; commits a crime.

It just goes to show that the public will not stand for this kind of treatment of an innocent human being, and it’s comforting to know that the Australian people are willing to do what it takes to bring criminal scum like this to justice.

â˜› Next up: Bus Driver Fired After Beating Up Passenger