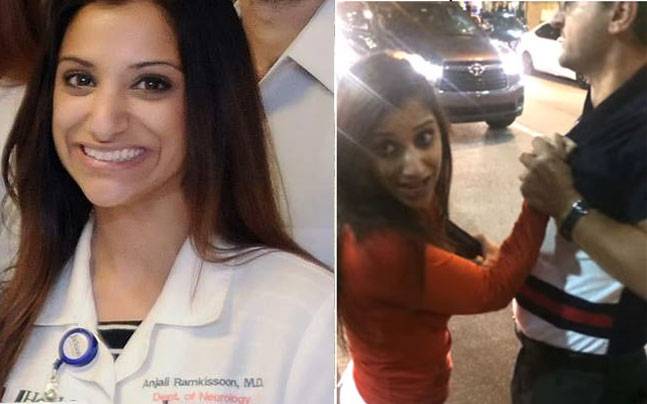 This girl is the worst.

By now we’ve all seen that video of the neurosurgeon who attacked that Uber driver and made a complete tit of herself in front of the world — resulting in her losing her job and deleting all her social media accounts.

Anjali Ramikissoon came out of hiding this week to appear on Good Morning America and explain her state of mind on the night of the incident:

Bit of an iffy move blaming the whole thing on her dad’s illness and boyfriend dumping her. Everyone gets bad news like that from time to time, but not everyone reacts by drunkenly assaulting an Uber driver.

Still, somehow she’s managed to admit she was wrong but STILL come across looking like a victim herself. Fair play I say. I did think it was a bit harsh that she had the entire Internet shitting on her plus her career taken away because of it. That’s life I guess. You go viral in 2016 you better be prepared to deal with the consequences.