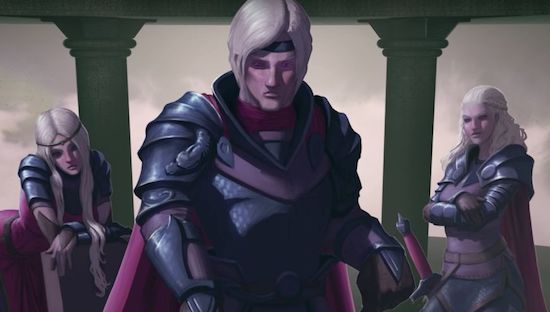 Game Of Thrones is all finished for another year after another epic finale, so unless you rematch the whole series again then it’s going to be pretty difficult to get your fix until next summer.

Or is it? In an effort to tide over fans until the final series next summer, the official Game Of Thrones YouTube channel has revealed that it’s going to upload a bunch of short animated videos detailing the origins of the houses of Westeros that reveals their backstories and just why they have so much beef with each other.

The first episode has already been uploaded and revolves around House Targaryen, entitled Valyria’s Last Scion:

Enlightening stuff, and great to see some of the stories that have been alluded to so many times throughout the actual series in action now. I assume that there are going to be a whole bunch more of these episodes in the coming months in the lead up to Series 8 and I’m sure they’ll be welcomed with open arms as people desperately look for any kind of new Game Of Thrones content in these barren months. Props to the guys behind the show for doing this for us.

For more Game Of Thrones, check out the entire cast drawn in the style of Bob’s Burgers. Fantastic.