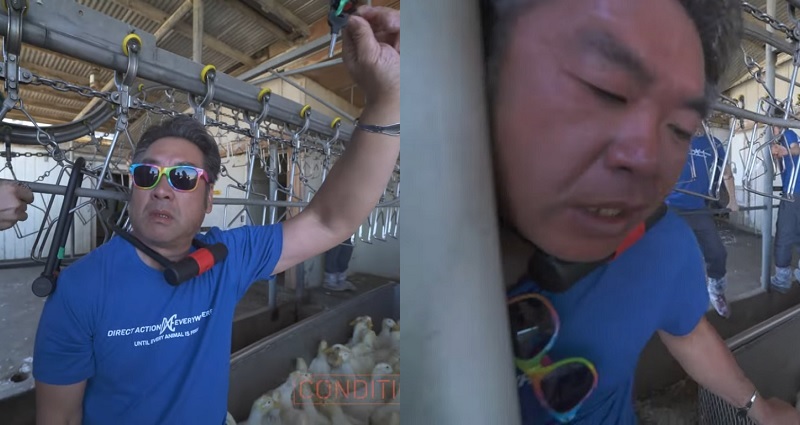 Looks like a scene from the next Saw film.

Listen, there’s an argument to be made both for and against the consumption of meat. Whatever your take on the matter, the facts regarding the damage of industrial farming are there and as a result there are plenty of animal rights activists around the world who continue to protest in the hope that changes are made.

This was the case for a group of protestors who decided to infiltrate the Reichardt Duck Slaughterhouse in California and lock themselves to one of the machines. However, their demonstration didn’t quite go to plan when one of the activists nearly had his head lopped off.

As is shown by the video below, everyone started to panic when Thomas Chiang got his head stuck and started to choke. It all kicks off at around the 5:50 mark, although just so you know, the video is utterly brutal. You’ve been warned…

Unreal – the man looked half dead. And how about the guy struggling to find the key? Honestly wouldn’t be surprised if a similar scene unfolds in the next Saw film.

Speaking of which, read about how Chris Rock is rebooting the Jigsaw franchise.