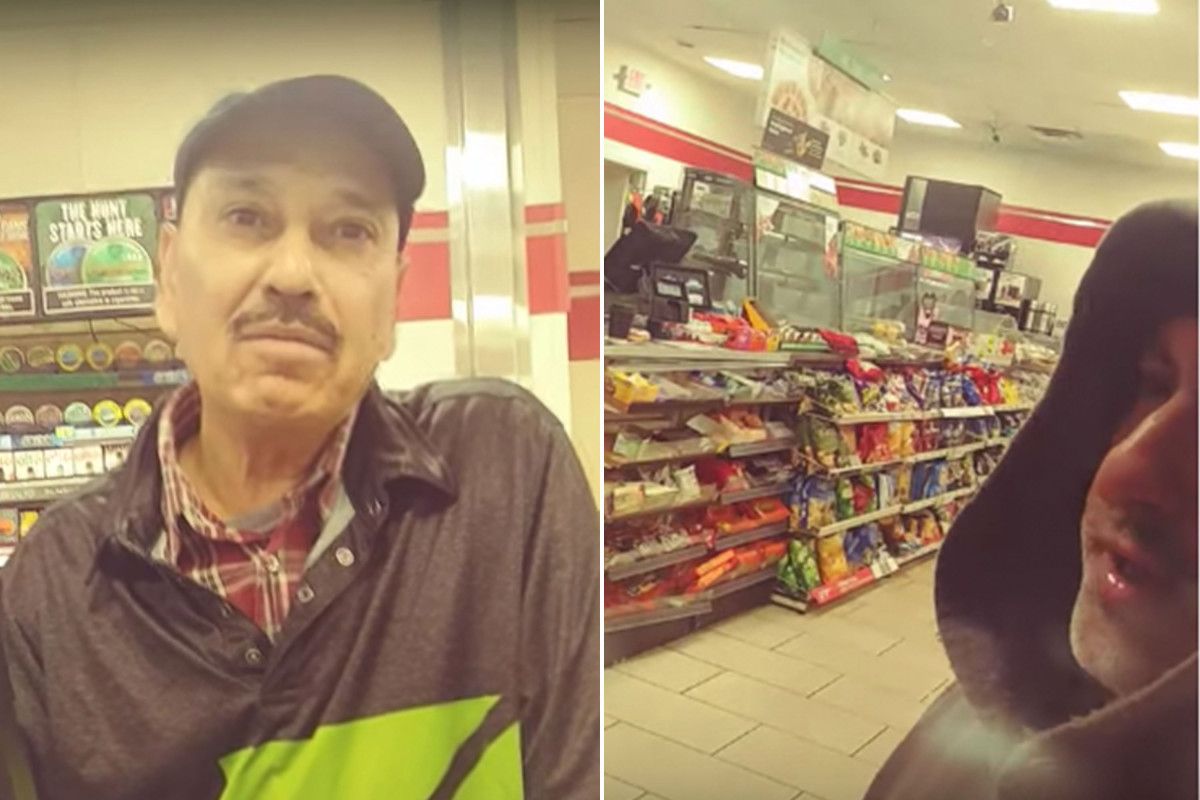 He’s been going ballistic at people for years.

By now everyone has seen the viral video of the 5 foot tall New Yorker who went absolutely nuts inside a bagel shop the other day. Here’s the clip in case you missed it:

Well it looks like the poor guy gets ‘harassed’ about his height everywhere he goes, including at 5:30am when he went to buy some coffee and a doughnuts at 7/11. The poor Pakistani shop owner didn’t know he was dealing with an absolute hurricane:

Huge revelation from these clips is that he’s actually 4’11, not 5 foot. Which means he’s literally one inch taller than the legal height required to be a dwarf. Screwing!

These videos are from his official YouTube account which hilariously contain more videos of him just going ballistic at people for one reason or another, but mainly because of his Napoleon complex. He’s been abused and tormented about his height for so long that he’s on edge everywhere he goes just waiting for someone to look at him the wrong way so he can go off on them. That’s no way to go through life, surely.

Then again, 4’11 Chris Morgan has gone so viral this week that there might just be some kind of career in this for him. If he just enlists a cameraman to follow him around everywhere while he has a go at people I think he could go viral every week. Stay tuned because I’m pretty sure this isn’t the last we’ve seen from Chris Morgan.

For alternate footage including the dramatic ending to Chris’s meltdown in the bagel shop, click HERE.