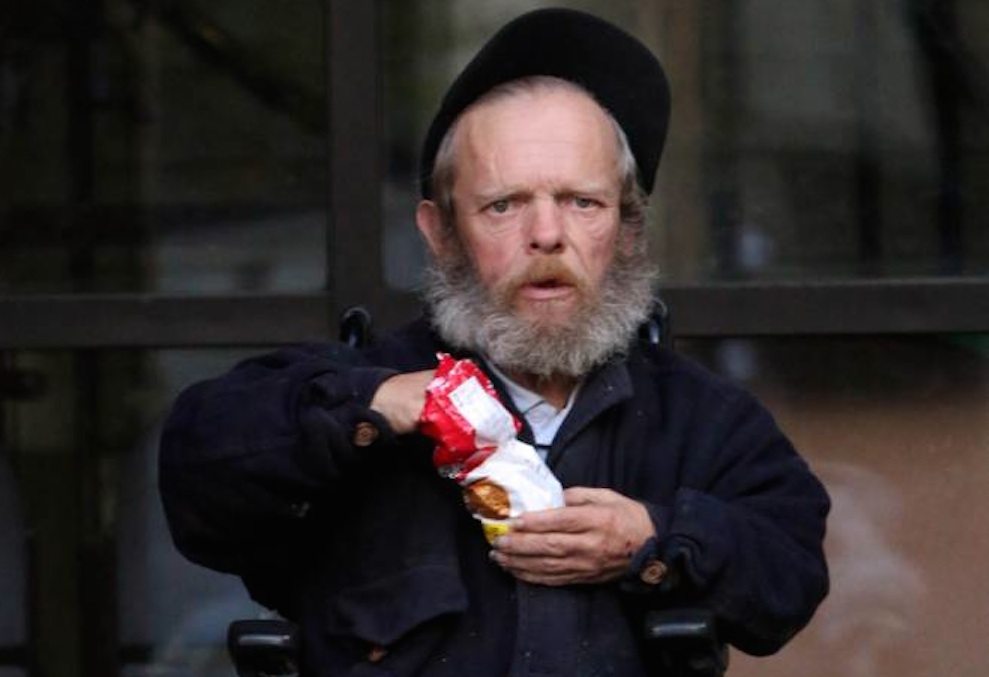 This is one pissed off dwarf.

A dwarf named Ian Salter-Bromley has been jailed for nine months at Hull Crown Court for pretending to be a Dalek by sticking a sucker dart on his head.

The bizarre incident occurred last July when the 55 year old dwarf began a hate campaign against his local council because his kitchen worktop was too high for him to reach. This campaign included bombarding them with nuisance calls and heading into their head office and taking a crap all over the floor. He also has an ASBO, has threatened police,  has caused affray and threatened a woman on a bus with a knife after he thought they were making fun of his dwarfism. Sounds like an affable character doesn’t he?

Apparently on the day of the Dalek incident, he was hanging out in his wheelchair with a sucker dart stuck to his forehead and a bunch of dominoes in his mouth, shouting that he was a Dalek and threatening to exterminate anyone who got in his way, including the two carers that were looking after him that day. Following that Salter-Bromley scuttled upstairs – a trait that the Daleks don’t actually share with him – and then barricaded himself in his room with a 20cm kitchen knife. 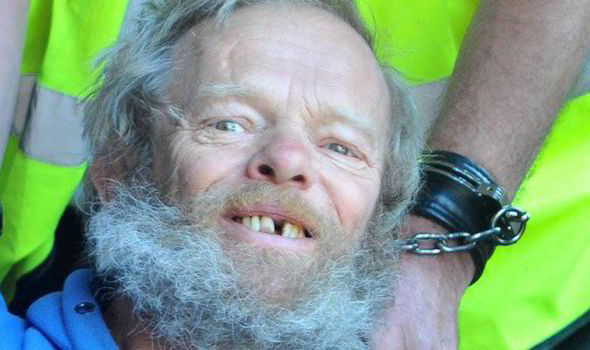 Police burst in to try and subdue him and were so scared of him – he was said to be so angry that veins burst out of his neck – that they were forced to taser him in order to get him to calm down. I’m not really sure if that was necessary but if you look at the picture of him he does look like a complete and utter son of a bitch psychopath doesn’t he? I would probably be terrified of this monster dwarf if I saw him running around shouting with a knife.

Following his arrest and the subsequent trial, he’s now been jailed for nine months. His defence lawyer tried to paint him as a lonely old dwarf who had recently had his wheelchair stolen which led him on this course of action, but judge David Gordon wasn’t buying it, delivering the following statement to him:

Individually, these aren’t the most serious offences, but together they take on a different complexion.

You would have been jailed for longer if it hadn’t been for your disabilities.

I appreciate you are isolated and have an extremely lonely life, which makes you frustrated. But now you have time behind bars to reflect and try to keep your temper under control.

Hopefully it will because he sounds like one angry mofo who could do with chilling out over all this. Or at least quit with brandishing knives all the time.

However, even though he’s a pretty bad dwarf there’s no way that Salter-Bromley is anywhere near as bad as this dude.