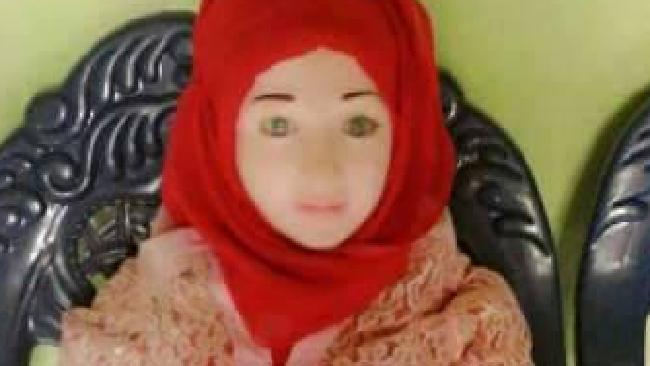 Over in Jakarta, Indonesia, locals believed that they had found a fallen angel on the beach in Bangaii regency, only later to discover that it was actually a sex toy. Embarrassing.

The life sized inflatable sex toy was found by a 21 year old fisherman back on March 12th. This was significant because it was only three days after the country had been engulfed by a massive solar eclipse. The locals clearly put two and two together here and came up with about four, as the solar eclipse was an event of massive religious significance in the Muslim country.

The fisherman took the doll back to his house and cared for it like it was a normal human being and it was soon the buzz of the entire village. The local police went to investigate it and the area’s police chief Heru Pramukarno spoiled the party for everyone:

So it was checked by one of our team. It was a sex toy.

The parents of the fisherman changed the doll’s clothes every day, and was given a blouse and a hijab – a way to care for it as it slowly deflated.

Well I suppose that was nice of them but it’s still kind of embarrassing that they actually thought a blow up sex doll was an angel and treated it as such. I know that their lives over there are probably slightly less corrupted than us over here in the western world but I mean come on? It’s an inflatable doll, not an angel FFS. Sort it out guys.

It was probably still cleaner than this dude’s absolutely disgusting home made sex doll though.