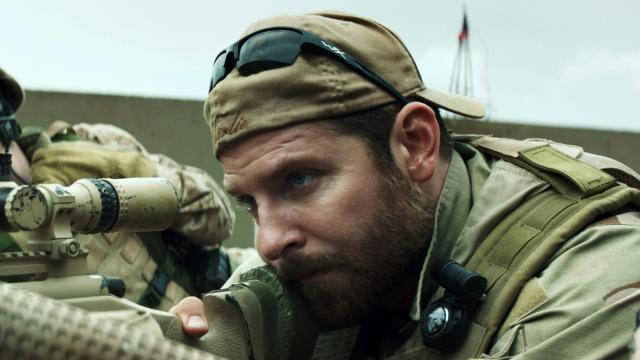 “American Sniper is about one of our HERO warriors and exposes the sick culture of Muslims and their way of living.”

American Sniper (trailer here) has Bradley Cooper playing US Navy SEAL Chris Kyle who claims to have killed over 255 people during his six years in Iraq. The film opened last week and smashed a bunch of records as well picking up six Oscar nominations.

Unfortunately, here’s what some people have been Tweeting since watching it:

Obviously these don’t represent the views of every person who watched American Sniper, but it does underline critics’ warnings that the film promotes Islamophobia and that the release was exceptionally badly timed what with the Charlie Hebdo attacks.

Thankfully, there are others with a little more sense:

And a fine point made here on Martin Luther King Day (celebrated yesterday): 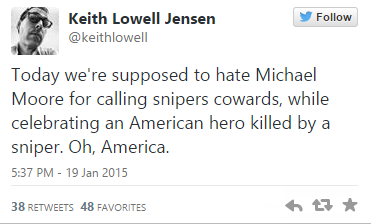 If you’re watching American Sniper this week, try to enjoy it for what it is – a movie – and don’t let these morons taking everything literally spoil your fun.