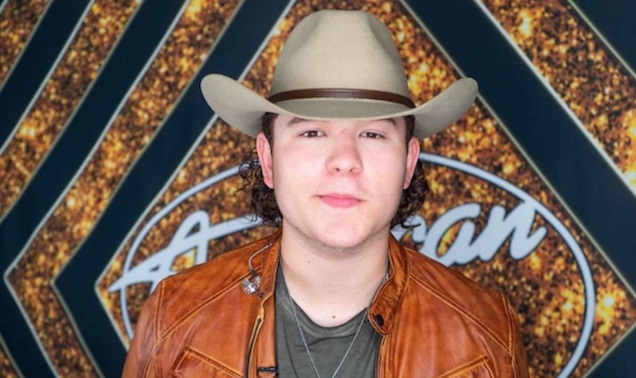 It’s kind of crazy that it’s 2021 and we’re still writing stories about how someone was kicked off the final of a television show because it turns out that they might be a member of the Ku Klux Klan, but sadly that is the reality of the situation.

This one revolves around a guy called Caleb Kennedy who was scheduled to compete as a top five finalist on last night’s edition of American Idol but sadly had to cancel his appearance after a video emerged of him hanging out with someone wearing a Ku Klux Klan hood. You can check that out below, as well as Kennedy’s attempt at an apology via his Instagram account AND an explanation from his mother as well:

THIS SHOULD’VE STAYED IN YOUR DRAFTS: American Idol contestant Caleb Kennedy allegedly seen in a resurfaced with someone wearing a KKK hood. Caleb is allegedly blocking anyone who mentions the video, according to multiple reports. pic.twitter.com/9OKHmvOCEB

This video was taken after Caleb had watched the movie The Strangers: Prey at Night and they were imitating those characters.

It had nothing to do with the Ku Klux Klan, but I know that’s how it looks. Caleb doesn’t have a racist bone in his body. He loves everyone and has friends of all races.

OK call me crazy but that actually sounds like a fairly reasonable explanation to me and maybe the guy shouldn’t be condemned about this video? Even if he was ponying around with a guy in a KKK hood, the fact is that he was 12 years old and maybe didn’t know better at that point? Give him a break perhaps?

Having said that though, if him and his buddy were trying to imitate someone from a movie, it does kinda beg the question about how they could have found and/or made a KKK hood so easily? Bear in mind that they’re 12 here.

It might sound like a plausible story, but I think there’s definitely something fishy going on here. Guy wears a cowboy hat in his promo shots and is clearly a good Southern boy so you can see why people are thinking he might actually be associated with the KKK. Hopefully he can prove everyone wrong.

For more of the same, check out this new reality show that followed members of the KKK. Wonder if Caleb Kennedy makes an appearance.