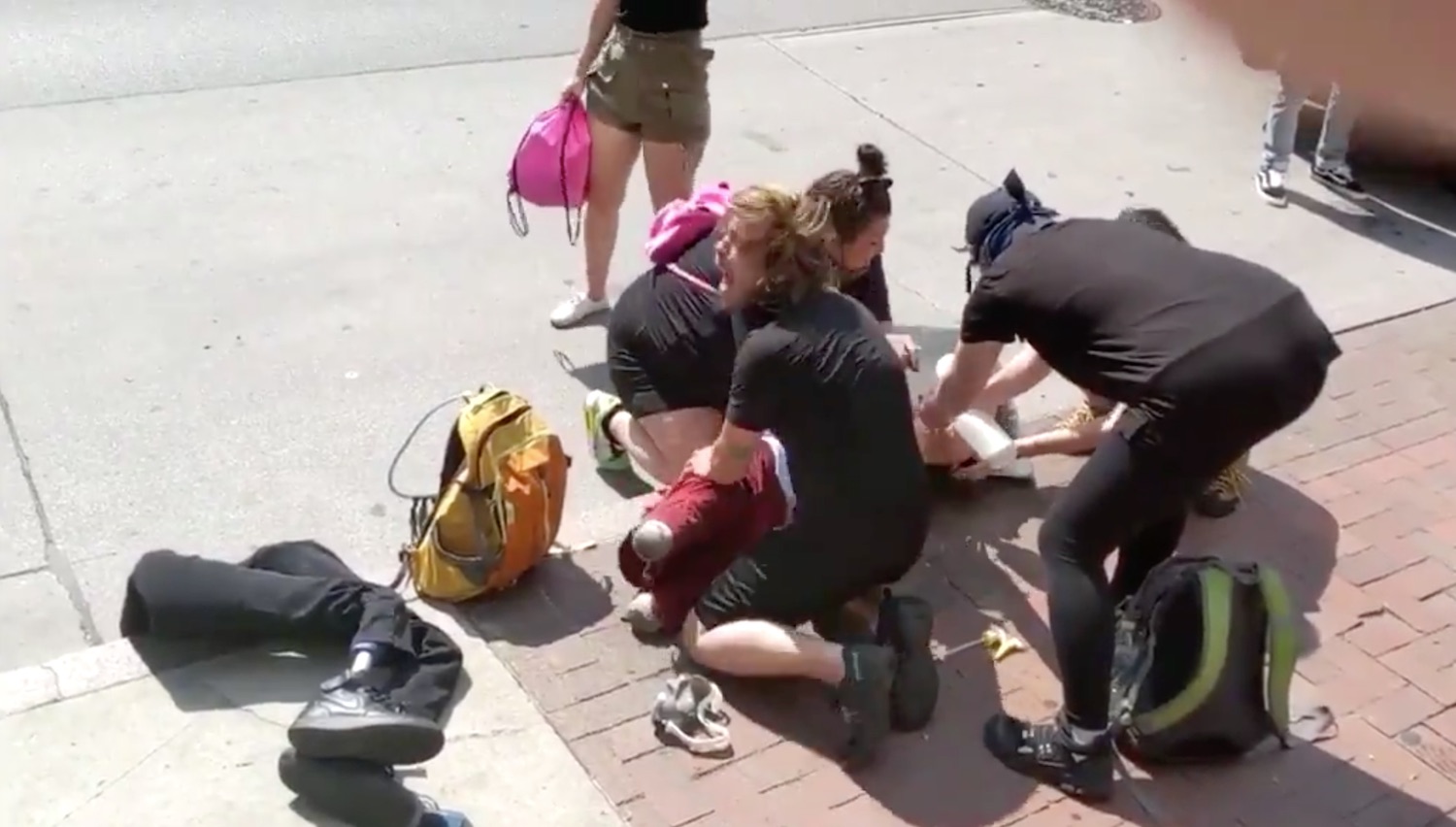 There’s a lot less hype about all the Black Lives Matter and anti police protests over in America at the moment, but they still continued over the weekend and that’s where the latest horrific story about police brutality comes from.

I’m not 100% sure if this actually happened as the only news reports I’ve seen about it are on Reddit and Twitter, but people are claiming that the cops pepper sprayed a double amputee and then stole his prosthetic legs whilst he was writhing around on the floor. Fortunately some other protesters managed to get them back for him and get some medics over to help him, but this is still some pretty distressing footage of the dude lying on the floor and screaming:

Geez. Again, not sure if it’s a legit video but it’s pretty convincing and I can certainly believe that the American police force could do something similar. No reports on what the amputee was doing to warrant being pepper sprayed, but you could probably predict that it could range from absolutely nothing to full on attacking a policeman and it would receive the same reaction.

For more of the same, check out these tools threatening to rape an amputee after she posted pictures online. What is wrong with people?