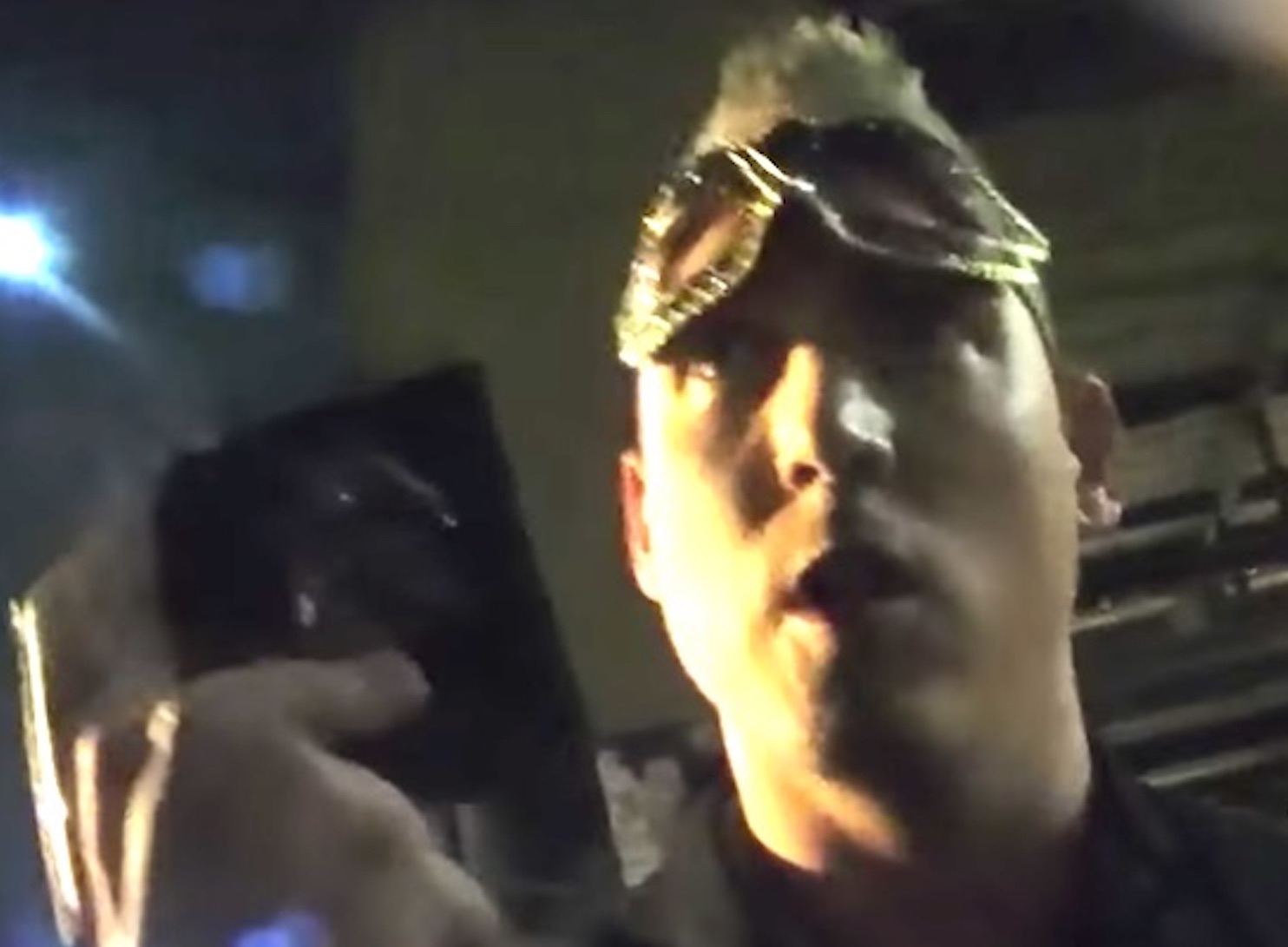 I’m sure that there are a bunch of fine American citizens out there, but it’s pricks like this that give them a bad name.

This guy clearly thinks he’s a big deal as he’s trying to blag his way into a New Year’s Eve party at a club by saying he’s a police officer and he has a warrant to search the place. The bouncer at the back entrance isn’t having any of it though and immediately sees through his shitty blag, telling him that he has to go around the front like the rest of them. He then asks to see his credentials when he keeps bothering him.

At this point, the guy flashes a badge that says he works in the US Corrections Department (he’s basically a prison warden) and that he’s currently working closely with Interpol. Yeah, good one mate:

What an absolute bell end. And who acts like that just to get into some shitty New Year’s Eve party at a club?

Doesn’t even look like he had any mates in there so he was just going to head in on his own. Probably doesn’t even have any mates back in America so that’s why he came to England on his own for NYE. Fucking mug.

For more Americans abusing their positions of power, check out this cop being an absolute asshole to a German kid he pulled over for speeding.