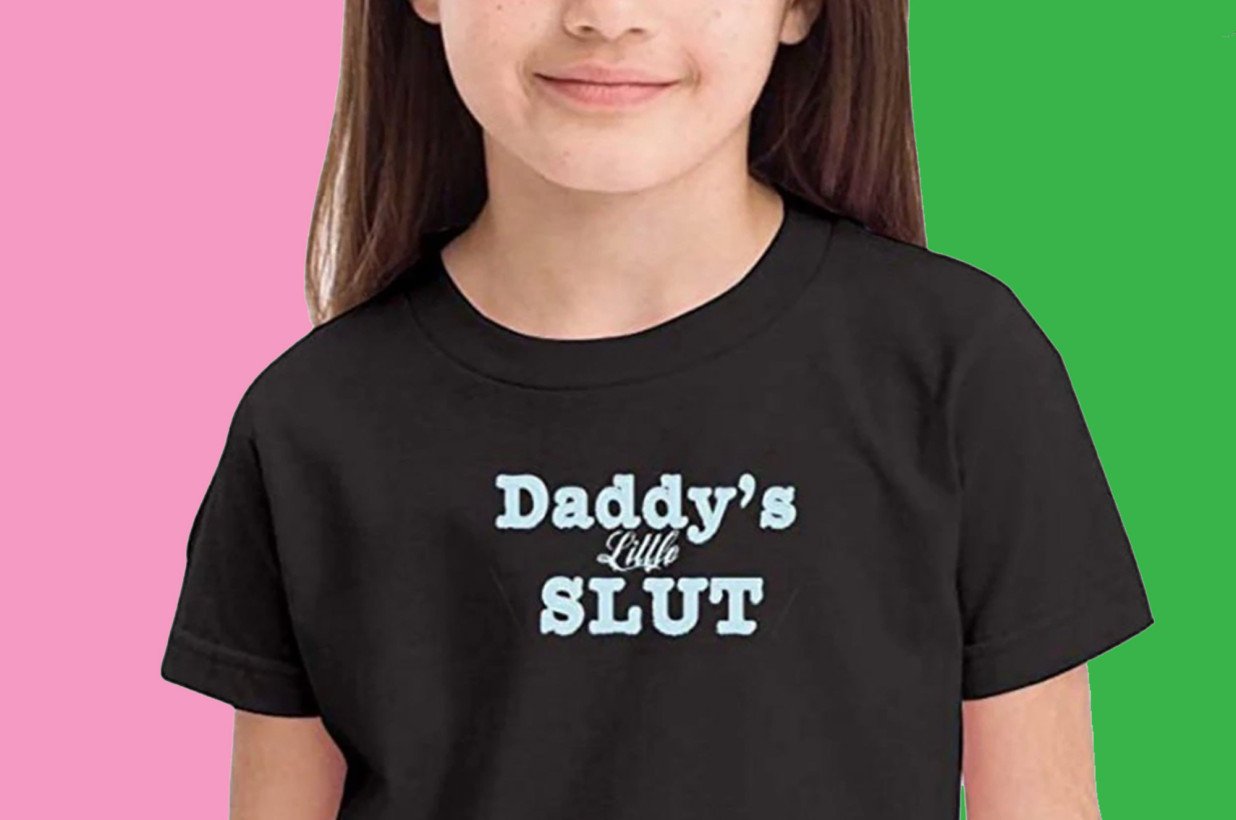 Who thought this was a good idea?

I don’t know who’s in charge of letting people sell their merchandise on Amazon, but even though I’m sure they’re busy you gotta wonder how they let some of the more problematic and questionable items creep onto the site – like the ones featured in this article.

Two things about this ‘Daddy’s Little Slut’ merchandise that is aimed for children. Firstly, someone thought that this would actually be a cool item of merchandise to make and sell because people would want their children to wear these clothes and secondly that someone at Amazon thought that it would be a good idea to make this merchandise available and that people might actually buy it. You’ve gotta think those are two bad decisions right there haven’t you, especially after the backlash that Amazon have faced forcing them to remove the clothes from their website.

To make matters even worse, the item description on the website makes the whole thing even more triggering, saying that the outfits are perfect for occasions such as ‘‘playing outside, birthday party, baby shower, baptism, wedding, baby photography, daily wear, family day’. That’s kinda funny I suppose but you can see how this could really offend some people and Twitter obviously did not disappoint on this:

They have a lot of tees that are not appropriate for the age they are selling for. Not only should that shirt be taken down but the whole product line should be reviewed! pic.twitter.com/cpEzDZImRQ

Anyone buying this should get a visit from the police! Why would the models parents allow their daughter to be part of this?!? Poor thing! What type of a message does that send?!?

Evaluate the family for abuse!
THERE IS SOMETHING TERRIBLY WRONG!

Damn. Crazily, the shirts have been available to buy on the site since June 2019 before anyone kicked off, but they have now been removed from Amazon so even if you wanted to buy one as a joke or a souvenir of this crazy time you wouldn’t be able to do so, although I’m sure they’re available somewhere. Really gotta question why anyone involved with this story decided to pursue their course of action though as they’re all completely ridiculous, even the people that were just complaining.

For more of the same, check out Kim Kardashian trying to outslut her sisters. Iconic.