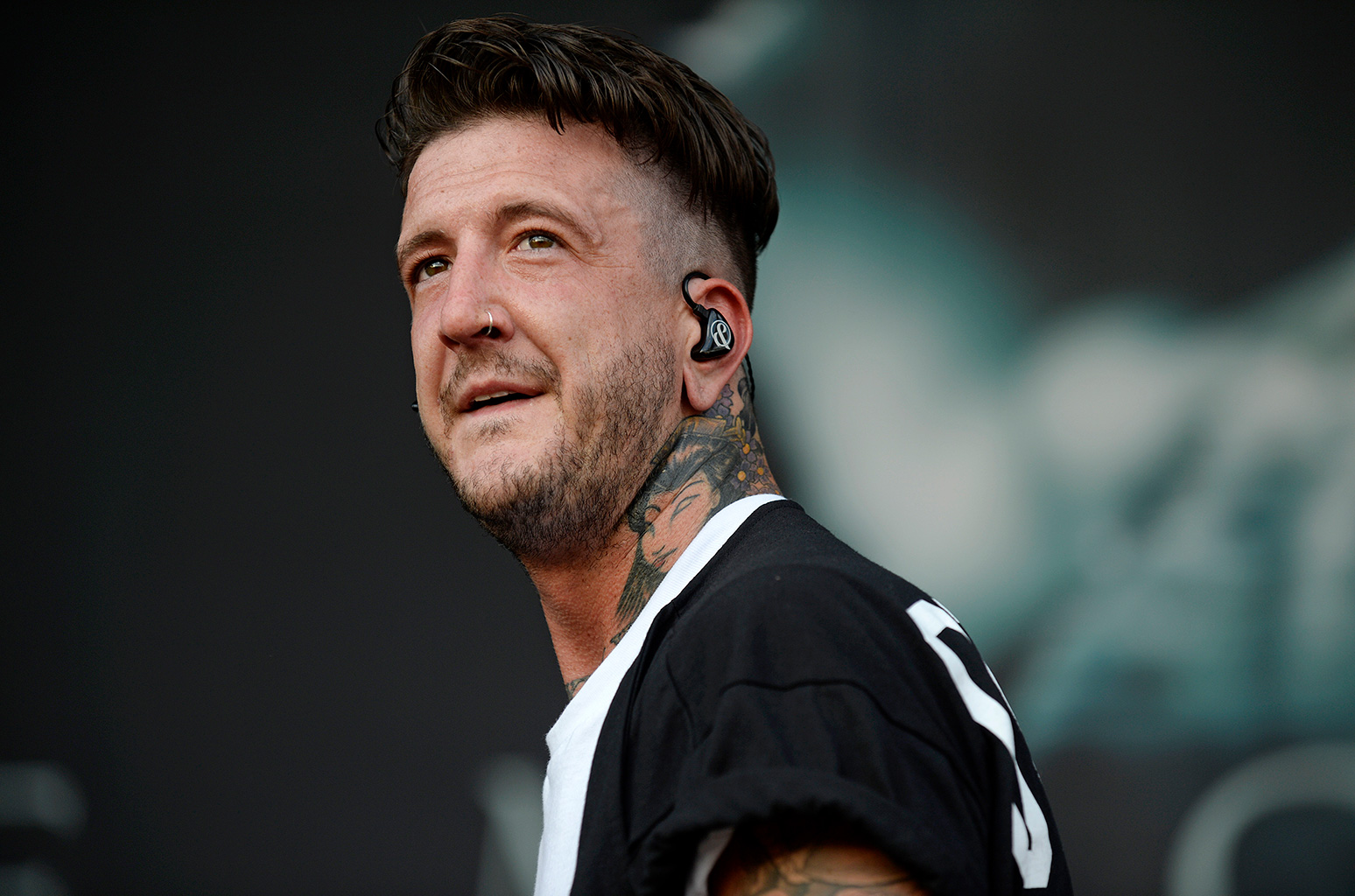 We’ve been pretty busy with COVID-19 and Black Lives Matter this year so I don’t think that anyone in a pop punk/post hardcore band has been called out for being a sexual abuser/rapist yet, but it looks like it’s all been saved up for a big one with the revelations that AltPress covered up multiple rape accusations against Austin Carlile from ‘Of Mice And Men’ and refused to publish them after he threatened to sue them.

The magazine then proceeded to run multiple features on Carlile for the last decade before some of his victims finally had enough yesterday when they published an article on about how Carlile had found religion, almost as if it was excusing all the terrible things that he had done in the past. It wasn’t long until he was exposed as a multiple rapist of young vulnerable girls on social media.

It began when one of the victims named Caitlin Stiffler posted the following (now deleted) statement on Facebook. It was then backed up by her husband Jonathan in a Twitter thread, which also called out AltPress for getting really close to publishing the story ten years ago and then bottling it after Carlile’s legal threats, essentially accusing them of allowing him to run free and do whatever he wants for the last ten years:

I originally shared this in my stories & on Facebook, but I don’t want it to disappear. I want anyone who needs to see this to see it. Dear @altpress, Remember when over 15 girls shared their stories with you about this serial rapist? Because I do. I was one of them. Now you want to not only share HIS nonsense, but you want to put his name next to Jesus? No, just, no. It’s not okay. The alternative community has followed you for YEARS. I followed your stories so closely all through high school and watched my artist friends be featured by your magazine. To be contacted by you to share my story, in hopes that it wouldn’t keep happening to other girls, felt like a dream. Finally there was something I could do, considering I was told by law enforcement that there was nothing else I could hope for with no physical evidence. I never thought anyone would believe me or take this seriously, then there was your magazine asking us to share. He not only raped girls, probably more than anyone even knows about, he was a predator seeking out underage girls by using his position in the music industry to do so. He threatened you with a lawsuit and you backed down. I get it, who would want to be involved in that when you could just… not. That was your choice, a choice none of us had. We can’t just let it go and forget. I for one had hoped that you would at the very least stop featuring him. Guess I was wrong to hope that. He needs CANCELLED. Get him out of these kids’ faces who believe he’s a good person deserving of recognition. #cancelaustincarlile #austincarlile If you feel comfortable, please share this. Girls need to know what he’s capable of doing. He can’t hide from this forever and I can’t stand by anymore wondering if he’s out there doing this to anyone else.

These women sat & told @AltPress in gruesome detail their accounts of rape at his hands. There’s so many victims. I sat in on a few of these conversations & I know they were told about the assaults by the women themselves. Multiple women. I still have the messages between us all.

Today, I saw his article in @AltPress. I don’t even have words. I’m shocked and disgusted that they would give a man that they know is a serial rapist that opportunity? Them killing the story was bad enough, but to let him espouse his “faith” on their platform was heinous.

Chilling stuff there and the fact that AltPress knew all this and didn’t do anything about it really is heartbreaking for everyone involved, not to mention completely irresponsible on their part. They’ve pledged to ‘look more into it’ now, but the fact is the story is out on the internet and being covered by multiple outlets and they should really have done it ten years ago when they had the chance but were worried about getting sued. Not really sure what good they think they can do now with it.

For legal purposes regarding the Austin Carlile accusations, the story couldn’t run as it was told. As a female-led, lgbtq+ editorial staff, we’re going to reopen this & find the answers you’re looking for. We do not condone any of the accusations & this story WILL be heard.

Carlile is no longer in ‘Of Mice And Men’ and they have rushed to distance themselves from the accusations, saying that they knew nothing about them. Not really sure how true that can be considering they were in a band with the dude for about a decade, but given how everyone seems to believe the Lost Prophets on that one I guess you have to give them the benefit of the doubt here. Let’s hope they do everything they can to aid the investigation, so that he can be brought to justice, but given that it seems like his behaviour was pretty much an open secret within the scene from some of the responses.

Hopefully Carlile is shitting himself now – even with his newfound faith in Jesus – after his past has caught up with him. Have to see what happens with this in the next couple of days.

For more of the same, remember when we uncovered the details behind William Control’s sex cult? That was a trip.