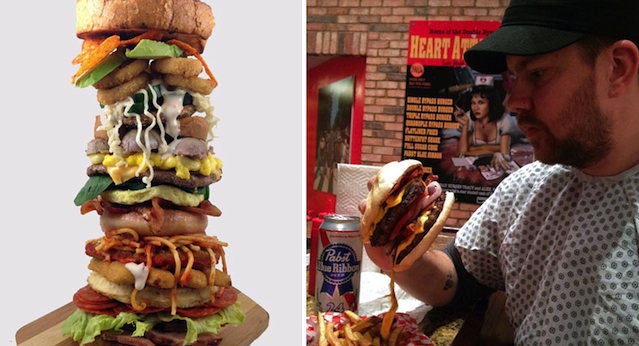 This looks fucking ridiculous and it’s unlikely you could even keep it in between two pieces of bread, but the idea is awesome.

The alphabet sandwich is the brainchild of food blogger Nick Chapman of Dude Foods who describes it as a ‘gargantuan tower of food-related gluttony’. In case you were confused at the premise, the alphabet sandwich does pretty much what you would expect it to, by including an ingredient for every letter of the alphabet, from a-z – or avocado to zucchini.

Nick Chapman explains his rationale behind creating the alphabet sandwich, which is about as simple as you might expect, although there is a bit of a twist at the end: ‘The idea behind this was to create a sandwich that had 26 different toppings, each one starting with a different letter of the alphabet. Now, I know that sounds simple enough, but do you realise how difficult it is to find a food that starts with the letter X?’

The guy has a point with that one. Here’s the full list of ingredients followed by a picture of the motherfucker. I doubt it stays like that when you actually try and eat it though, I bet shit goes all over the place. You should probably wear a bib if you try to make it yourself. 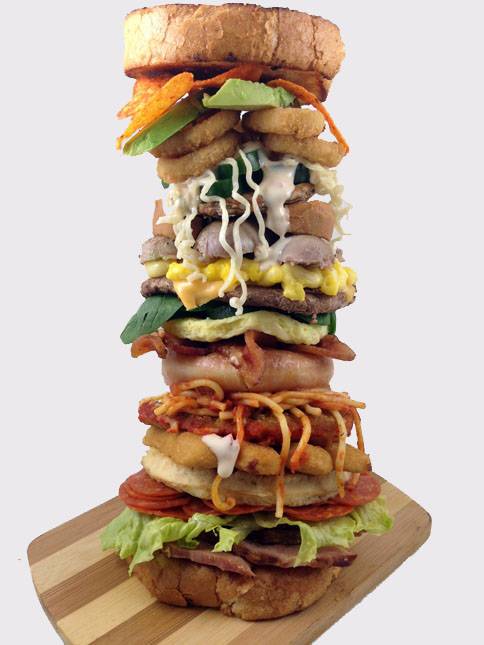