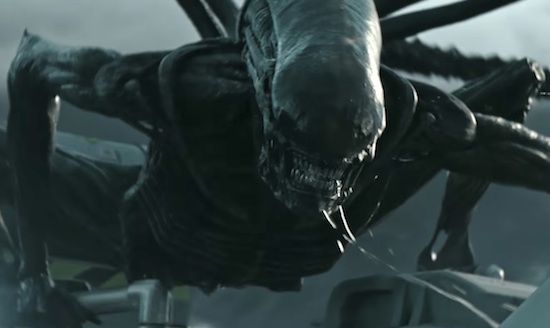 The Alien franchise hasn’t exactly been in good shape for a while, especially after Prometheus was pretty much universally panned a few years ago. So my hopes weren’t exactly that high for Ridley Scott’s return in the new instalment ‘Alien Covenant’.

Some of my scepticism has been wiped away however, after the release of this new trailer for the upcoming movie. Only some of it though.

In the clip, you see a team of human couples looking to colonise an Earth-like alien planet, only to discover that there’s no life at all. Why do you think that is then? Oh yeah, probably because that fucking alien killed all of it. Cue the horror:

Looks pretty grim right? Although I was kind of hoping that there would be more aliens and the planet would be infested with them. I suppose it’s usually hard enough just to kill one of the fuckers, so it had to be ‘realistic’ in the context of all the other movies.

We’ll see what happens on May 19th though – I’ll be checking it out. Those Alien movies always get you don’t they?

To get you in the mood, why not check out these behind the scenes pictures from the original Alien movie. Back where it all began.