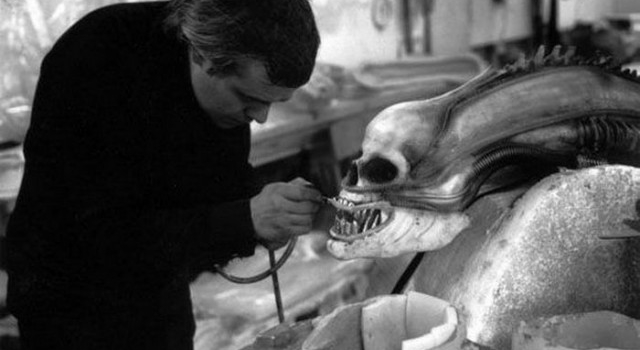 H. R. Giger was the genius behind the impressively dark visuals in “Alien”. Here’s some photos of him and the crew creating that legendary film set 35 years ago.

The Swiss born surrealist artist H. R. Giger might not be a household name, but there’s probably not a house in the country that hasn’t seen witnessed his creations. Giger has a huge and impressive body of work, but by far and away his most widely seen designs are those from the Alien films. Initially he was asked to design just the alien itself, but the film’s producers were so impressed he was taken on to design the entire set. 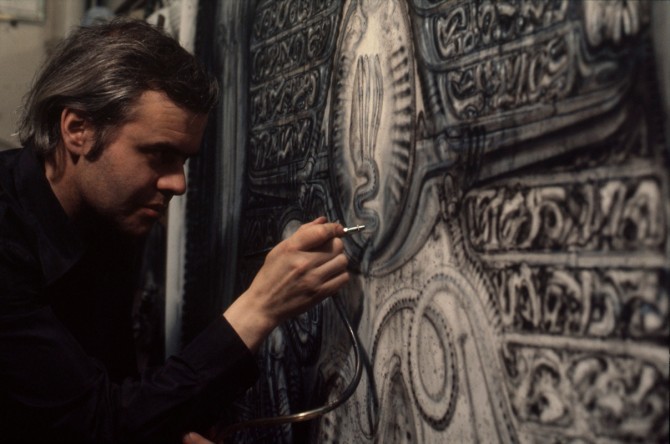 O’Bannon (the writer of Alien) introduced Scott (one of the producers) to the artwork of H. R. Giger; both of them felt that his painting Necronom IV (below) was the type of representation they wanted for the film’s antagonist and began asking the studio to hire him as a designer. 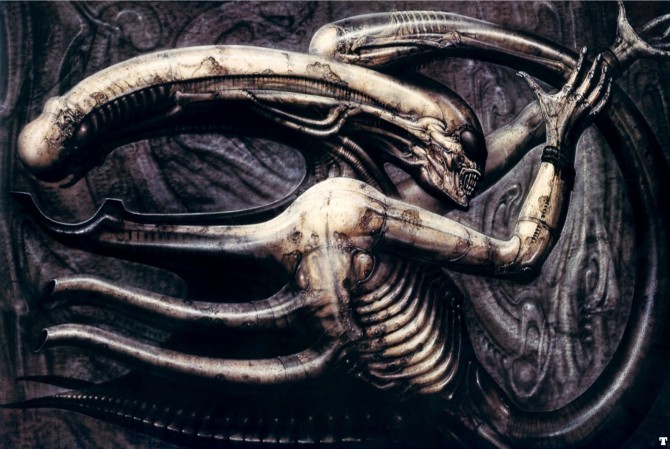 20th Century Fox were initially against Giger, thinking his work was too horrible looking for the general public. Surely that was the point? 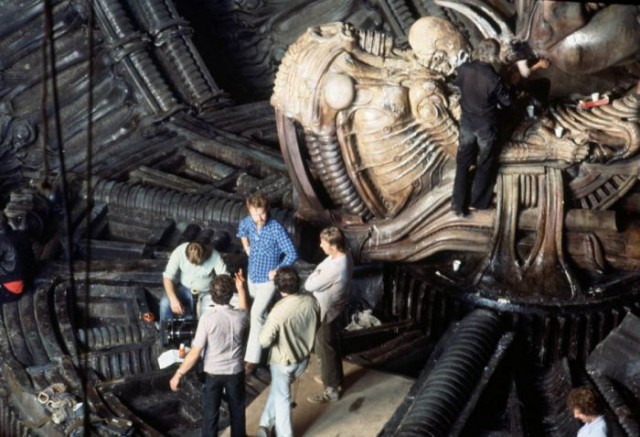 According to one of the producers Gordon Carroll: “The first second that Ridley saw Giger’s work, he knew that the biggest single design problem, maybe the biggest problem in the film, had been solved”. 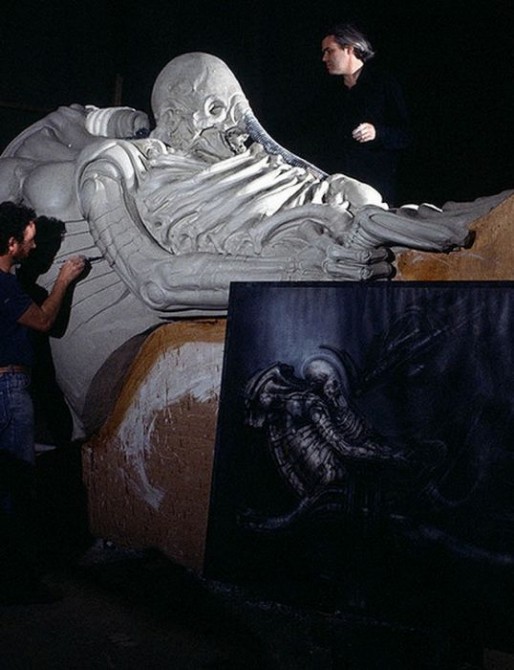 Giger was brought on board to design all aspects of the alien’s surroundings including the surface of the planetoid, the derelict spacecraft, and all four forms of the Alien from the egg to the adult. 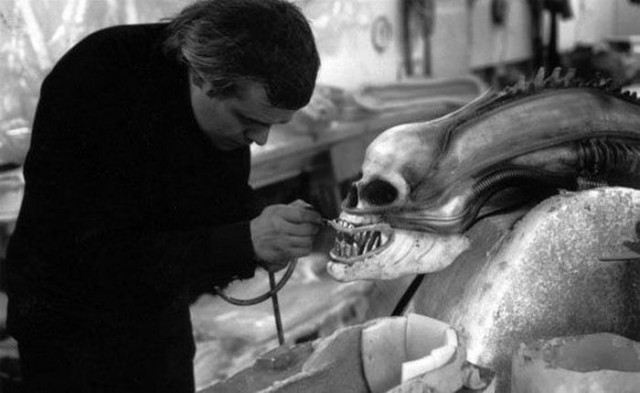 â˜› Next: 13 Most Bleak And Disturbing Films Ever