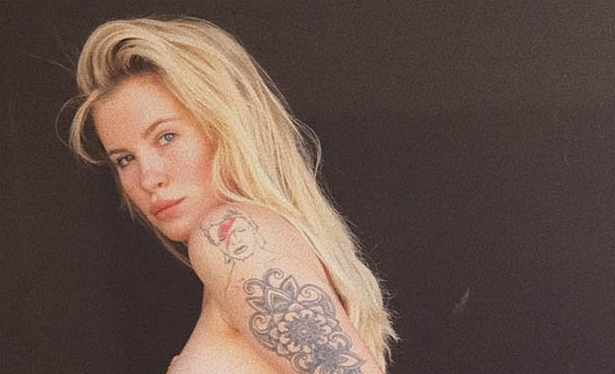 Alec Baldwin’s daughter Ireland is all grown up and being a celebrity’s daughter who is of age, she’s decided to follow in the footsteps of every similar girl before her and enter the NSFW territory. It’s almost a right of passage in the celebrity world.

At the ripe age of 21, she’s actually taken a little longer than her predecessors. Anyway, she decided to post a topless photo of herself for her Instagram followers to enjoy, showing off some pretty badass tattoos:

This comes just days after posting an underwear shot along with a lengthy caption that discusses body positivity:

Right on, looks like she’s not afraid to do her own thing. But I do wonder what Alec Baldwin’s thinking about all of this? Obviously respect for the speech, but no dad wants to see their daughter in a sexual context.