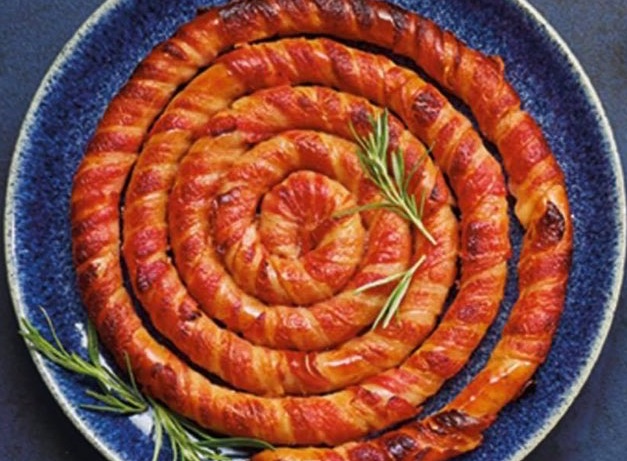 Last year supermarkets really upped their Pigs In Blanket game in a way that had never really been seen before, as multiple branches released giant souped up versions and it looks like we’re going to be in for the same treatment this year around as well.

First up out of the blocks are Aldi, who are going to be selling a gigantic two foot pig in blanket for your enjoyment this festive season. It’ll set you back £4.99 according to Twitter account Bagaweeklydeal:

Once you have stopped drooling I suggest you pop this on the calendar🤤available from December 5th pick this 2 Metre Pig in Blanket up for £4.99 at ALDI😋 pic.twitter.com/nXpY6kUI7G

Holy moly that’s massive. Not really sure what the benefit of it being two metres long other than aesthetic is though? Surely you’re just gonna cut it up and eat it like a regular pig in blanket anyway and it’s probably gonna be really annoying to do that rather than just having a little one on your plate like you would normally do anyhow? Just saying – sure they will clean up with this anyway.

For more of the same, check out this pigs in blanket hot dog. Yum.