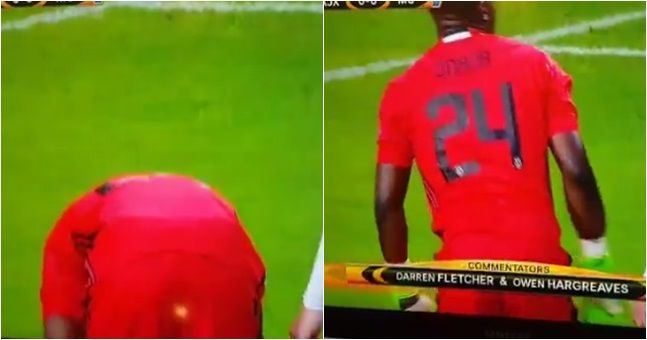 Many of you will have tuned in to watch a relatively uninspiring Europa League final last night where Manchester United bored their way to a 2-0 victory over Ajax thanks to a deflected shot and a tap in from a corner – it was uninspiring stuff.

Despite there being a distinct lack of highlights during the game, many of you will have missed the best moment where the Ajax goalkeeper Andre Onana literally managed to fart out the BT sports presenter’s credits. Really, that doesn’t sound THAT amazing I know, but when you check out this graphic below, it really is an example of some of the most inadvertent perfect timing of all time:

@btsportfootball How do you get the players to fart out the on-screen graphics? 😀 pic.twitter.com/ATf91eMF5Z

Lol. Wish I’d seen that during the game – would have made it a hell of a lot more interesting. Kinda wish that it happened every time there was a graphic on a TV game too, but I suppose that would probably be way too much to ask, wouldn’t it?

For more farting, check out this horse taking farting to a whole new level. Seriously.