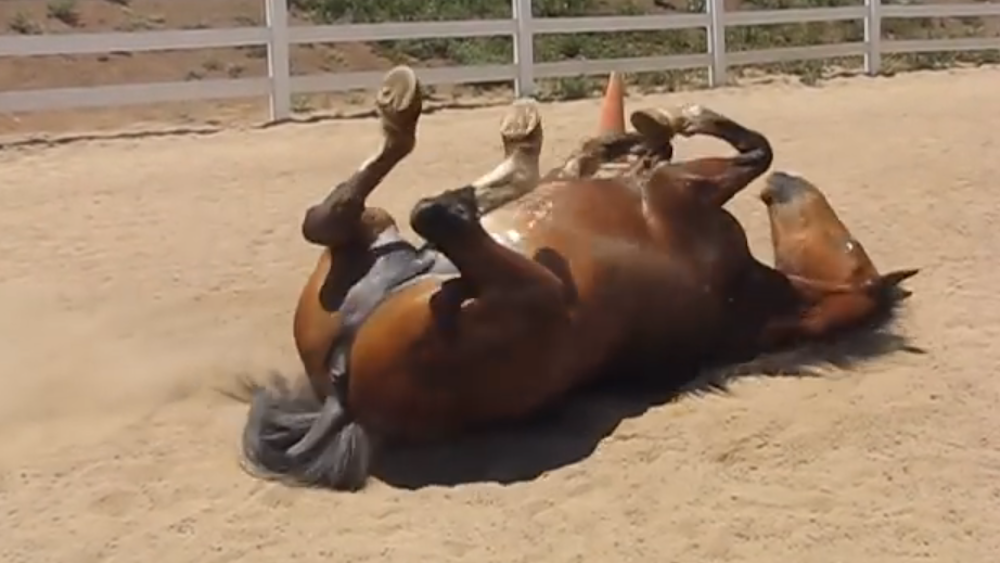 This is the funniest thing you’ll see on the internet today.

I’ve never really considered what it must be like for an animal to fart – or even if they did fart – but it turns out it can be even more explosive and violent than the most aggressive fart you’ve ever done in your whole life.

This horse is named Archy and he lives in Blossom Valley at the “Rocking Horse Ranch” and whenever he needs to fart he takes stuff to the next level, rolling around on the floor with his butt spread wide open and letting it all out with some of the loudest farts you will ever hear, looking kind of like he’s having a convulsion. At first I thought they were dubbed in because they don’t seem to sync in with the way he’s rolling around but then you hear the two women filming it talking about him farting and you know that it’s happening there and then.

Definitely the funniest video you’ll see on the internet today, although this is still perhaps the greatest farting video of all time.