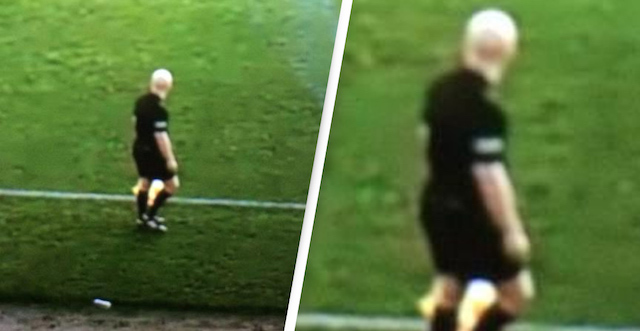 There’s a mentality around some people that you can’t trust machines to do a human’s job and whilst in the most part this isn’t true whatsoever, it was proven correct last night during a Scottish football match between Inverness Caledonian Thistle and Ayr United.

Caledonian Thistle has installed an AI camera at their ground that they claimed would follow the ball wherever it went during the game. Sounds great in theory, but unfortunately during the game last night the technology mistook the linesman’s bald head for the ball and spent the entire 90 minutes following the slaphead instead.

You don’t have to watch the entire game to appreciate the joke as thankfully someone has cut together some highlights from it – enjoy:

That’s actually a really hilarious video and way funnier than I thought it was going to be. I just love the way it pans from the actual ball to his head all the time – it just doesn’t get old or less funny at all. Great idea to included ‘I’m Too Sexy’ as the soundtrack though.

You gotta feel annoyed for the fans that paid to watch the game though. It was only a 1-1 draw though so maybe they didn’t miss too much there. Maybe a blessing in disguise they got to watch this dude’s bald head instead.

For more of the same, check out this article linking baldness to Coronavirus. Uh oh.