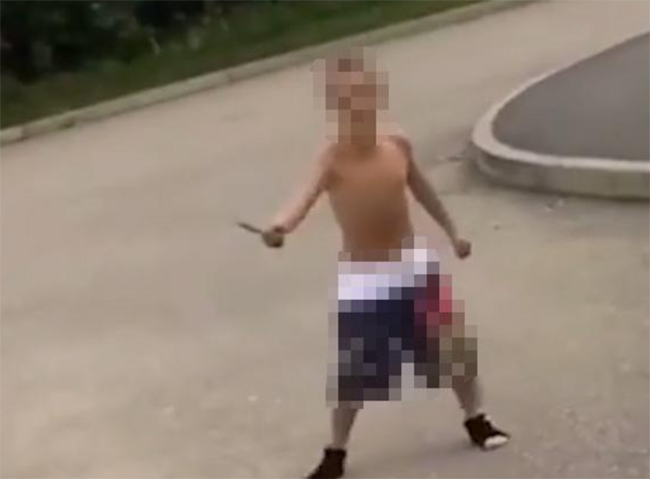 ASBO of the year.

A video has emerged online showing a 7-year-old kid threatening a group of teenagers with a knife while demanding them to let him use their scooter.

The video, which was posted on Instagram, shows the kid screaming “give me a go” but the aggy efforts are laughed off by the teens. It was reportedly filmed in Cambridgeshire.

What the hell did that kid think he was playing at? Apparently when the person filming says “this is what you do” he was referring to the community of travellers which Cambridgeshire has been trying to move out after they took over some playing fields in the town.

Obviously it’s not cool to drive travellers out of a place where they are settled – not all of them are little, knife-wielding nutters. However, this kid’s parents definitely have a lot to answer for. With that attitude, he’s probably going to grow up to turn out just like this guy. 100% rage.