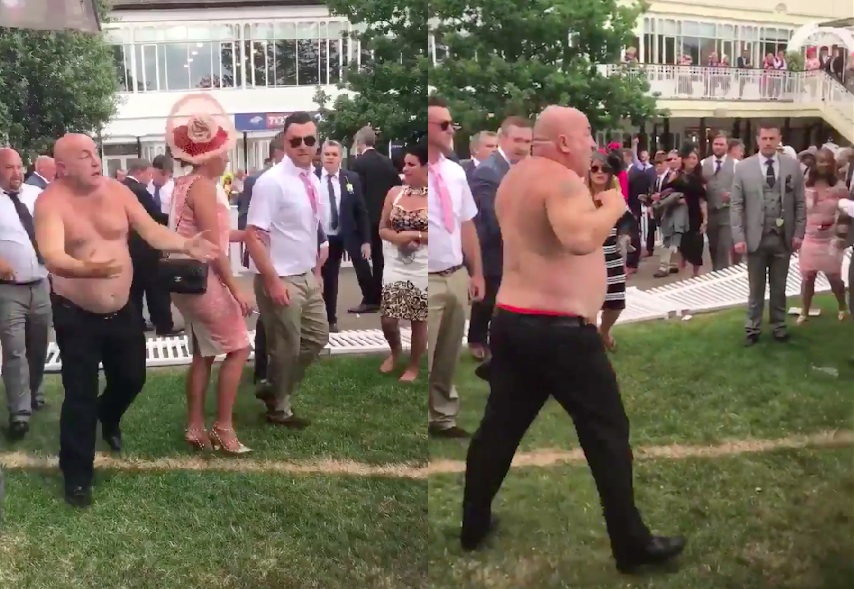 The Royal Ascot Ladies Day is normally famous for its outlandish hat display but yesterday’s event descended into chaos for a totally different reason.

Predictably bystanders had their iPhones ready to film the event and post it on Twitter. The footage shows the shirtless Ascot crusader starting a fight with his fists of fury. Other men try to hold him back, and thankfully only a few drinks and a fence were victims of his rowdy display:

Scenes when you realise inviting Butterbean to Royal Ascot was a big mistake pic.twitter.com/m2wxE0EDoN

Incredible. The footage is even better with a theme tune:

Here's the link if you want to download the gif https://t.co/l7htCiQcD1 pic.twitter.com/YzBxnzfmxu

He needed a theme tune pic.twitter.com/aVDIalySsK

What an embarrassment. Some people just can’t handle their drink can they? Then again, it wouldn’t really be a proper British event if it didn’t involve some lairy boozehound trying to start a fight for no apparent reason. It’s tradition.

For more boozy brawls at the Royal Ascot, click HERE.