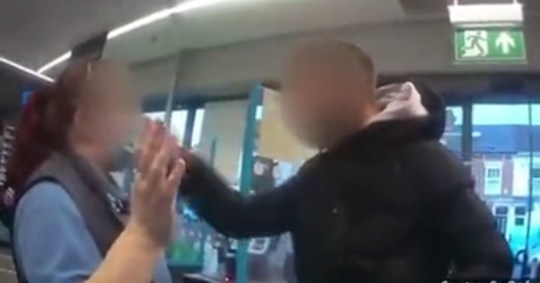 It looks as though we’re going to be featuring a whole bunch more videos of anti maskers kicking off at supermarket workers after a whole plethora of stores revealed that they were no longer going to let people without masks shop in them (not really sure what they were doing before as I’m pretty sure you weren’t supposed to go in without a mask in the first place?) and here’s the first one coming courtesy of an incident in a local Co-Op.

It’s unclear where in the country this footage is from and it seems to have happened before the recent new supermarket rules, but even so it’s a snapshot of the kind of abuse that shop workers have to face all the time from assholes who have decided they don’t need to wear a mask. The man in the video rants and raves at the key worker before eventually pulling her mask off and storming out of the shop, where he continues to remonstrate with the staff.

Take a look at the clip below:

What an absolute asshat. He was later charged and pleaded guilty to common assault, as well as being fined for breaching Coronavirus restrictions. Good.

The main takeaway from this video though is the extreme amount of stress and the threat of violence supermarket workers must be under during this time and how much more they will be under now that they’ve formally banned people who aren’t wearing masks from their premises. Please be kind to them and don’t react like the guy in the video – they’re only trying to do their job and keep everyone safe. This will all be over soon and how hard is it to wear a mask around a supermarket for 20 minutes or whatever?

For more of the same, check out this Costco tough guy starting on an elderly woman for telling him to wear a mask. Real useful reaction there buddy.