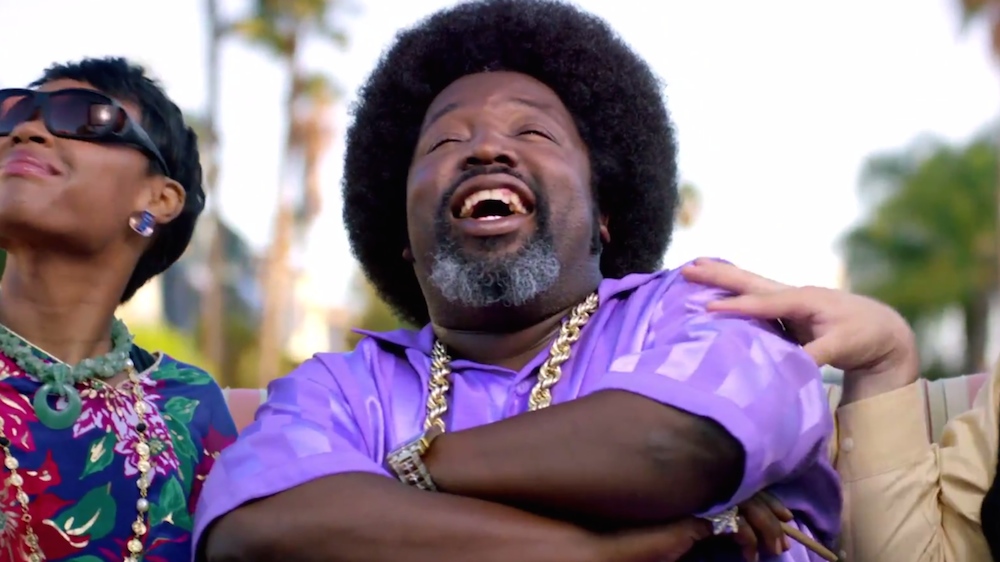 I guess when you’re so high all the time you’re gonna be pissed when you don’t get your dinner.

You probably saw yesterday that Afroman got a bit too high and decided to punch a woman right in the face live on stage during a gig. He was promptly arrested following the show, even though he continued the performance for a bit whilst the woman lay on the stage crying and bleeding.

Yesterday, Afroman met up with TMZ to conduct an interview in which he tried to explain what went down, blaming the fact that he punched her on the fact that he was angry because he hadn’t eaten his dinner that day, had to walk a while to get to the show and some guy was heckling him from the side of the stage all night, which I’m sure you’ll agree makes it perfectly acceptable. He did eventually admit that he was in the wrong and that he shouldn’t have hit the girl in the face bur it takes a while to get there. He also said he was going to get some anger management classes imminently and it eseems kind of genuine because he almost looks like he has tears in his eyes as he’s saying it.

However, Afroman does make a comment that the woman shouldn’t have been on stage in the first place, and that he doesn’t know what’s going to happen when someone approaches him on stage and he actually thought it was the guy who was heckling him offstage all night, which is why he threw a punch. It seems kind of a weak excuse when he could have just turned around and looked at what was happening instead of knocking some girl out, but I suppose he hadn’t eaten his dinner, so you know.

It seems as though Afroman knows he did something wrong and he’s just trying to explain it so that other people can see why he made that mistake. Fair play to Afroman for opening up and trying to explain it but it doesn’t change the fact he massively messed up. Still, it’s the most publicity he’s got in twelve years so maybe this will help put him back on the map.