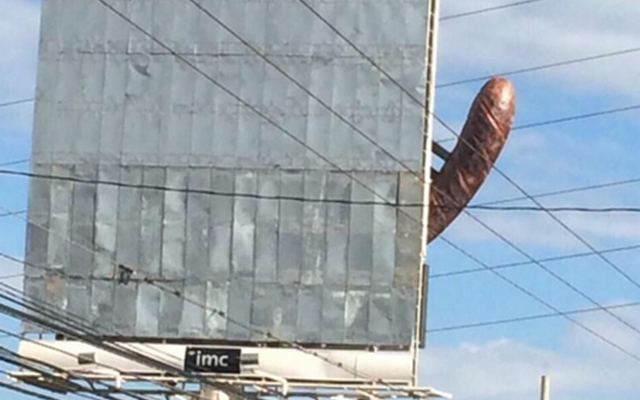 Fortunately, you wouldn’t actually need to be because it’s just a billboard advertising Pilsener beer over in Costa Rica. As you can see by the front of the billboard below, obviously a Pilsener beer goes really well with a BBQ sausage on a fork.I’m guessing sausages are really popular over there or something? 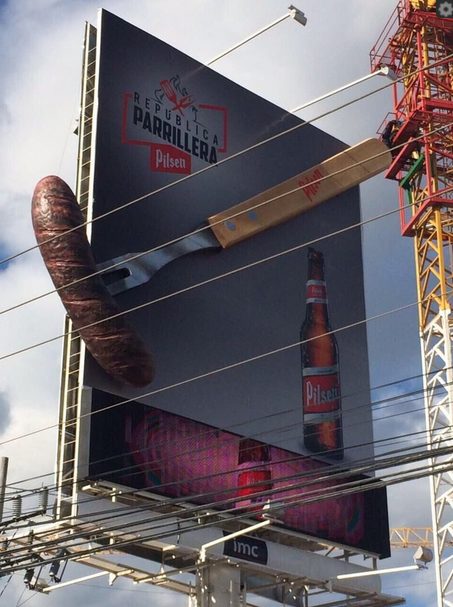 Anyway, there seems to be some debate over whether Pilsener knew exactly what they were doing with this or whether it was actually a mistake on their part. On the one hand you’ve got to think somebody at the company must have been smart enough to understand what this would have looked like from behind, but on the other hand the 30 most offensive adverts of all time were all approved and released.

There’s also the school of thought that Pilsener probably knew exactly what they were doing – motorists would be so intrigued by what they saw sticking out at them that they would have no choice but to turn around and look at what the billboard was advertising. And if that happens to cause an accident because people aren’t paying attention to the road, then we can just say we didn’t realise what it would look like approaching it from behind! Genius huh?

They also might have thought that it would go viral, which I suppose we’re helping it to do. Fair play.