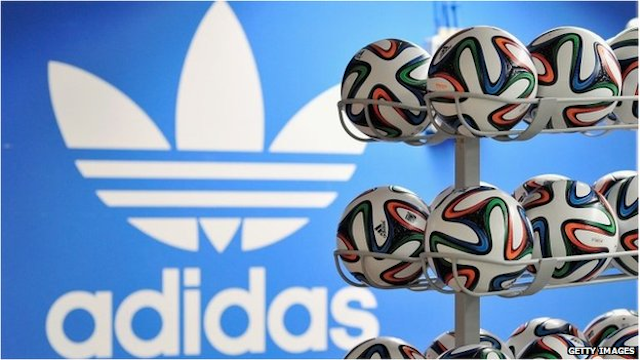 After concerns that the t-shirts promoted sex tourism in the country, Adidas were forced to take them off sale.

Adidas had the bright idea to manufacture some ‘sexy’ World Cup t-shirts for sale in North America, but have been forced to pull the line after complaints from Brazil’s tourism board.

As many have (probably correctly) described Brazil as the land of sun, sea and sex, Adidas thought it would be a good idea to play up to this stereotype and release a couple of t-shirts that played up to the country’s ‘sexual’ image and producing a couple of ‘sexualised’ t-shirts which you can see at the bottom of this post.

Unfortunately for them, Brazil’s tourism board Embratur have reacted pretty badly to the campaign, stating that they vehemently oppose anything that links Brazil’s image to sex appeal and what they refer to as ‘sex tourism’. They released a statement saying that ‘any links between national icons and images with sex appeal were against the country’s official marketing policies. Such an attitude indirectly contributes to committing crimes such as sexual child and adolescent exploitation.’

Brazil has apparently been keen to distance itself from this image in previous years and with the ‘sex tourism’ trade set to soar during the World Cup it’s no wonder that they weren’t too happy with trashy t-shirts like this being produced for sale in the mass market. There was such outrage in the country over the t-shirts that even President Dilma Rousseff got involved, sending the following tweet:

This roughly translates as ‘Brazil is happy to receive tourists for the World Cup, but it is also ready to combat sex tourism.’ Adidas on the other hand released a sheepish statement saying that ‘Adidas always pays close attention to the opinion of its consumers and partners.Therefore, it is announcing that these products will not be sold anymore.’

Are they really that bad though? And more to the point, surely only completely retarded American frat boy jocks were the people that were going to be wearing these because they’re the only kind of people that would actually think this was funny. Actually, come to think of it that’s probably why Brazil objected as they want to keep those kind of assholes out of their country. You can only really say fair play to that. 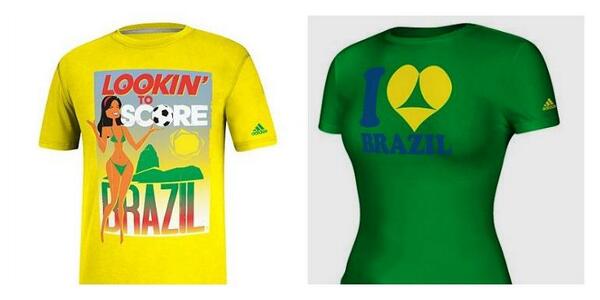