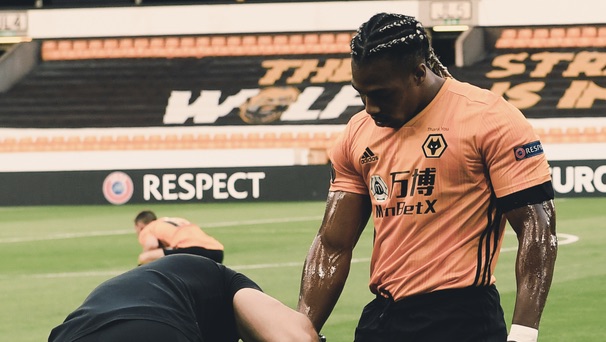 Wolves have been great to watch this season and even have the chance of ending the season with some silverware after they dispatched Olympiakos in the Europa League last night.

Key to their success has been the good form of winger Adama Traore, who has been an absolute beast and looks like he could knock seven shades of shit out of you – even though he insists that he’s never lifted weights in his life. Not sure I believe that considering how stacked he is, but I guess if he wants to lie about it than that’s his prerogative.

Yesterday Traore looked even more muscular than usual though after someone spotted one of the Wolves physics rubbing baby oil all over his arms before the game. Was that just to make him look even more physical and domineering than usual? I’ve heard that it’s a trick that WWE wrestlers use before they get into the ring sometimes.

A Wolves insider is insisting that this isn’t the case though, saying the following: 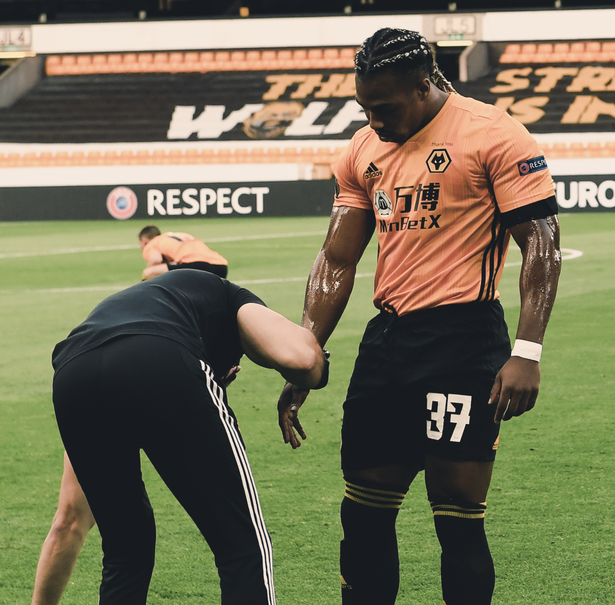 It’s something we’ve had to do to protect Adama.

Defenders are so worried about him getting away from them with his pace they were reaching out and tugging at his arm.

That was causing the shoulder to pop out during games.

Lubricating his arms makes it harder for opponents to grab him and helps prevent further damage.

Hmmm. That does kinda make sense but it all seems kinda like a misinformation campaign coming out of Wolves designed to make Traore look as hard and intimidating as possible. The guy doesn’t work out and just suddenly needs to have baby oil lathered all over him before every game?

It just doesn’t sound feasible and you know that whoever is playing left back is going to absolutely brick it when he rocks up looking like HHH or Brock Lesnar or someone. Seems like it’s working as well, although he didn’t have his best game last night.

For more of the same, check out Traore’s not working out excuse. Ridiculous.