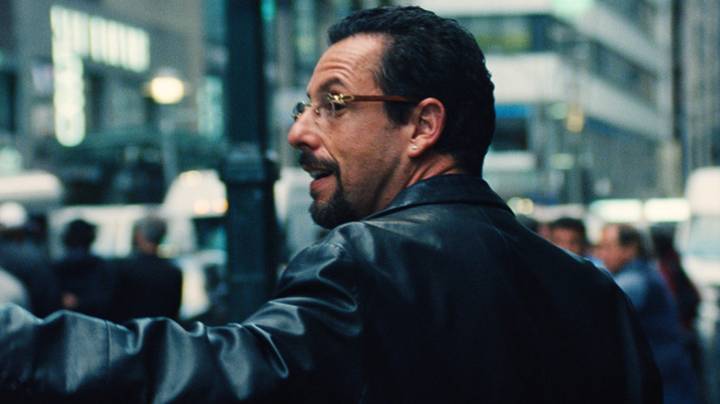 There’s been a lot of hype about Adam Sandler’s new movie ‘Uncut Gems’, as it sees him ditch his usual screwball comedy act to play a charismatic jeweller who places a number of high stakes bets which sees him have to balance family, business and adversaries on all sides to make off with the cash.

The reviews have already openly gushed about the movie from the makers of Robert Pattinson’s ‘Good Time’ and some people are tipping Sandler to be nominated for an Oscar for his performance, but if that isn’t enough to persuade you to go and see it then maybe the fact that it officially contains the seventh most F words out of any movie ever might tip the balance. There’s actually a Wikipedia page dedicated to this accolade and it revealed the ‘Uncut Gems’ crashed into seventh place with 408 F words, overtaking ‘Straight Outta Compton’ with a measly  392.

Here’s the full list of the movies, with pretty obvious contenders like ‘The Wolf Of Wall Street’ and ‘Casino’ coming above ‘Uncut Gems’. The top movie is a documentary about the F word. Lol.

Uncut Gems features the 7th most f-words in film history, and 5th most among movies not specifically about swearinghttps://t.co/0iCQBTdoue pic.twitter.com/jXLgVOKjuJ

Yeah, so if you do the math it turns out that someone says the F word at least three times per minute during ‘Uncut Gems’. I was already pretty excited about seeing it, but this has really pushed it into must see territory now. It’s getting a limited cinema release over here on January 10th and then will be available on Netflix from January 31st. Start making plans.

For more of the same, check out these reviews of ‘Uncut Gems’. It’s gonna be good.