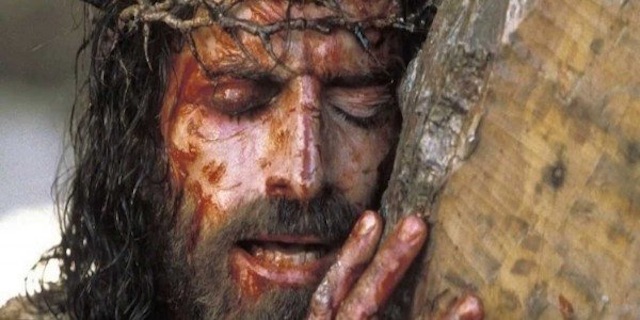 Actor Jim Caviezel isn’t that well known and is probably best remembered for playing Jesus in Mel Gibson’s ‘The Passion Of The Christ’ but he’s hardly doing himself any favours here by revealing that he believes in the QAnon conspiracy theory about children having their blood drained so that the wealthy elite can drink it for its alleged rejuvenation qualities.

Caviezel was appearing via video link at Clay Clark’s Health and Freedom Conference in Tulsa, Oklahoma when he made the comments, talking about a new movie that he’s made over recently called ‘The Sound Of Freedom’ where he plays former special agent for the Department of Homeland Security Timothy Ballard. I’m not sure if the movie is about this, but Ballard now heads up a group called The Nazarene Fund that claims ‘to liberate the captive, to free the enslaved, and to rescue, rebuild and restore the lives of Christians and other persecuted religious and ethnic minorities wherever and whenever they are in need’ and this apparently also includes the adrenochroming of children:

If a child knows he’s going to die, his body will secrete this adrenaline. And they have a lot of terms that they use that he takes me through, but it’s the worst horror I’ve ever seen. The screaming alone, even if I never, ever, ever saw it, it’s beyond — and these people that do it, umm, there will be no mercy for them.

That’s just completely weird isn’t it? Especially when you consider that there’s literally never been any evidence to support the theory whatsoever and it’s literally just come from what some crackpot was saying on the internet. This is the world that we live in now though.

For more of the same, check out CNN interviewing a bunch of QAnon supporters a couple of months ago. Really funny footage.