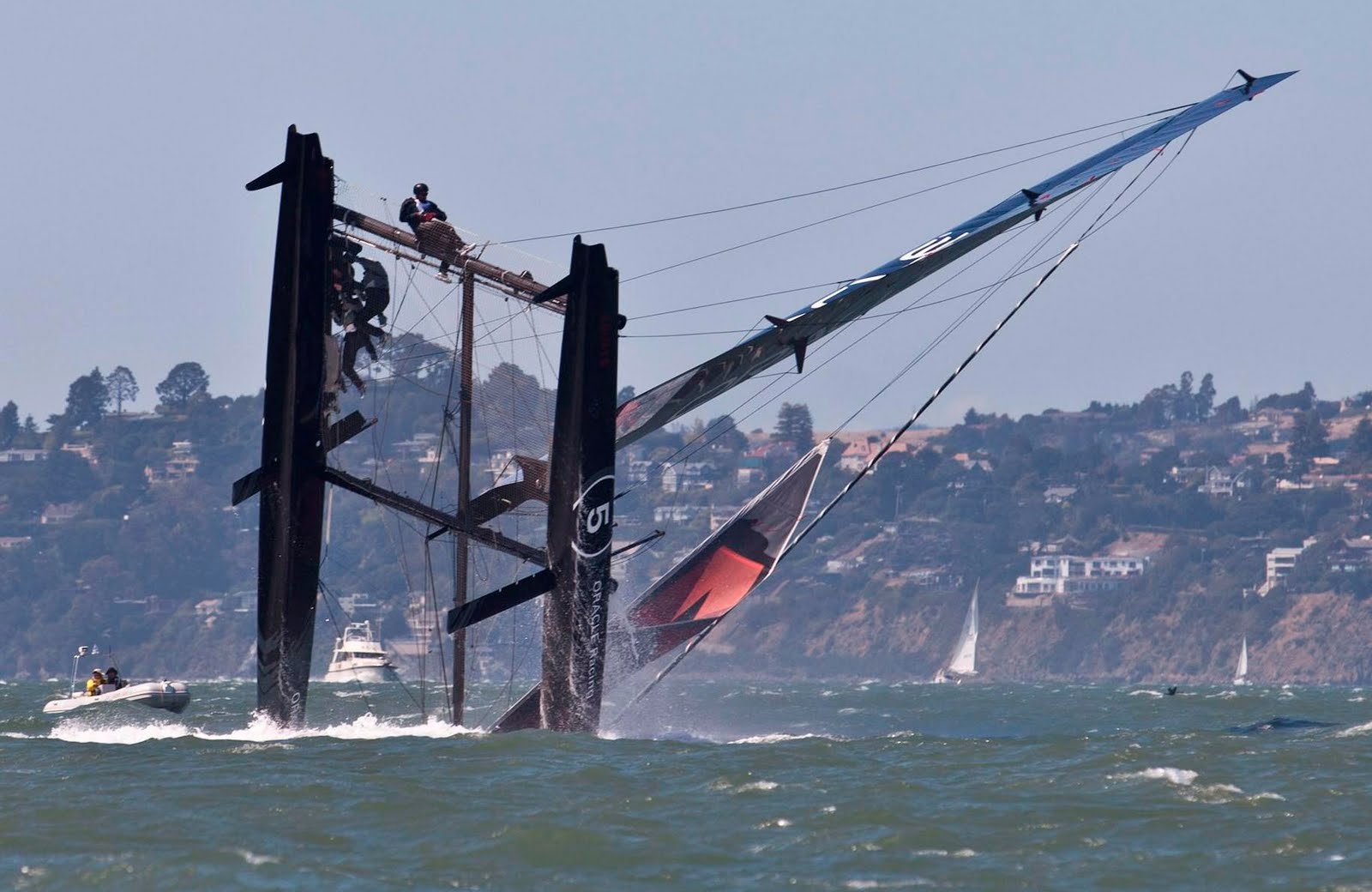 Chasing the wind speed record in some of the coolest looking boats around.

Boats are pretty cool. I mean, nothing says ‘baller’ quite like a 150ft yacht; they’re pretty much synonymous with luxury, elegance and loads of hot bitches on deck. What they aren’t though, is fast. That is, until fairly recently — the last 5 years has seen some of the fastest, most futuristic-looking craft hit some pretty unbelievable speeds.

In a community as conservative as the sailing world, it takes a lot to cause controversy and confusion, but a radical new design has managed to do so. The AC45 (as seen on Top Gear) was designed for the prestigious America’s Cup, and what makes it different is that instead of a sail it has a fixed wing, making it more akin to an aeroplane than a boat. It’s also got what are called ‘foils’ which allow the boat to lift out of the water and go even faster. Since it’s introduction on the circuit this year it’s been RINSING it, but not content with it’s successes there is now a bigger, faster, more bad-boy version, the AC72. 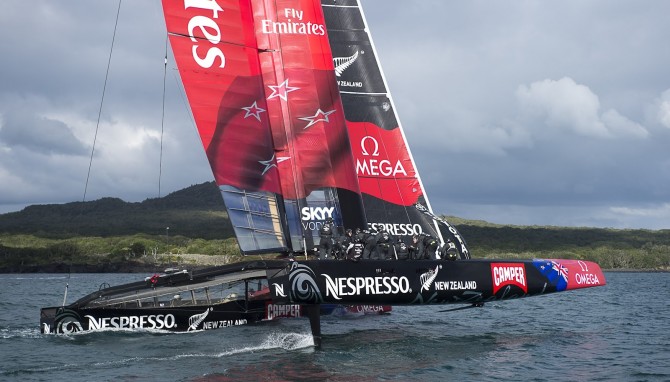 The average yachtsman would expect to make around 7mph in the average boat, which is pretty slow and boring. The AC72 can do over FORTY, which is double the cruising speed of warships with ENGINES.

I could show you a video of it flying along, but in comparison to some of the others it’ll look a bit shit. So check out the next page to see the total fucking carnage that is an AC72 race.