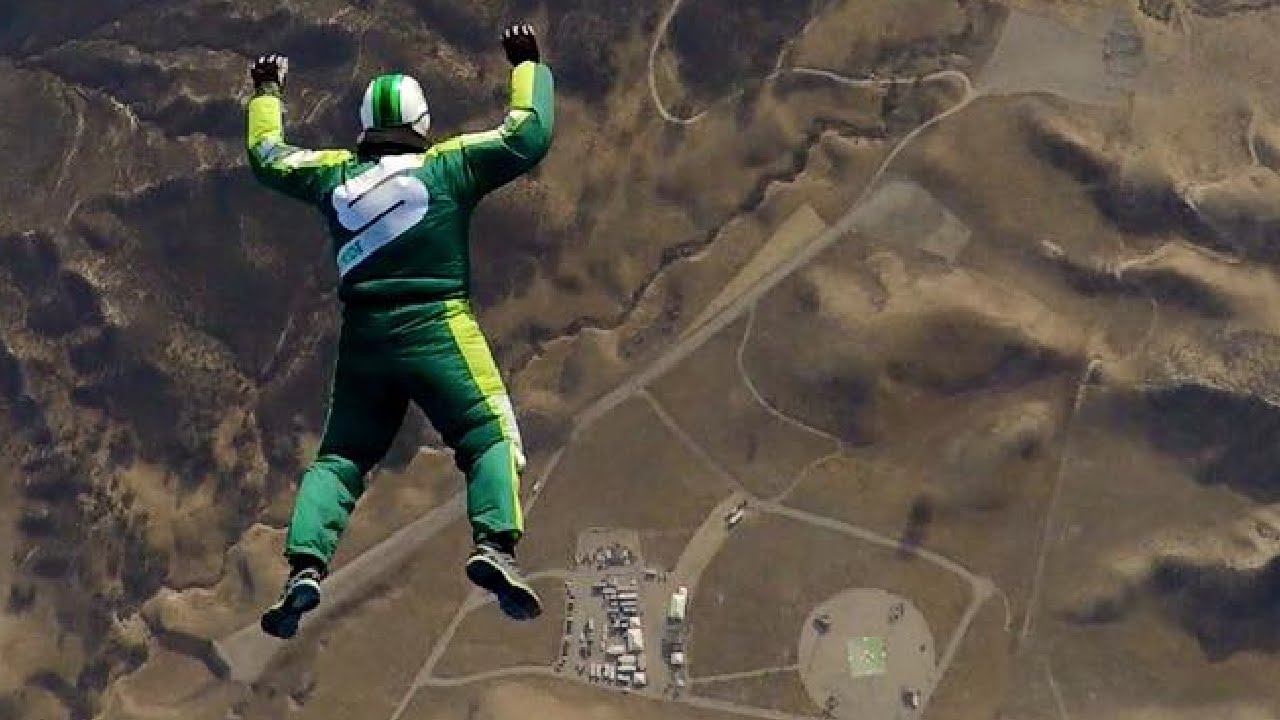 Back when Felix Baumgartner jumped from the edge of space back down to the Earth I thought that was the craziest thing that anyone was ever going to do involving jumping out of something in the sky, but what this guy called Luke Aiken has just done might be even more insane?

For some reason, Luke thought it would be a good idea to ride up in a plane and then jump out of it from 25000 foot, kinda like Roger Moore in Moonraker or Keanu Reeves in Point Break. Except there’s no intention of him catching up with somebody else and getting a parachute, instead being quite happy to fall to Earth and land in a giant net.

Seriously, get a load of this:

Well that really has left me speechless. I’ll admit I know next to nothing about jumping out of aeroplanes and skydiving but it seems completely insane that anyone would think it was a good idea to jump out of a plane and into a net. I mean I know scientists can do calculations and that but is there really any guarantee that that’s gonna work when you’re falling from 25000 feet into this net?

I guess it did but still, it’s not something I want to try out any time soon and judging by the way everyone celebrated afterwards, it doesn’t seem like it was a foregone conclusion either. Fair play to Luke for living out his dreams and going for it.

NB – this actually happened two years ago and Ken was just retweeting it to celebrate the anniversary. I didn’t realise this and somehow missed it the first time it happened so thought it would be a good thing to share. Sorry if you already saw it or thought that this was new news.

For more of the same, check out this video of a woman jumping out of a moving plane. This one was just taxixing on the runway though so it’s a bit different.