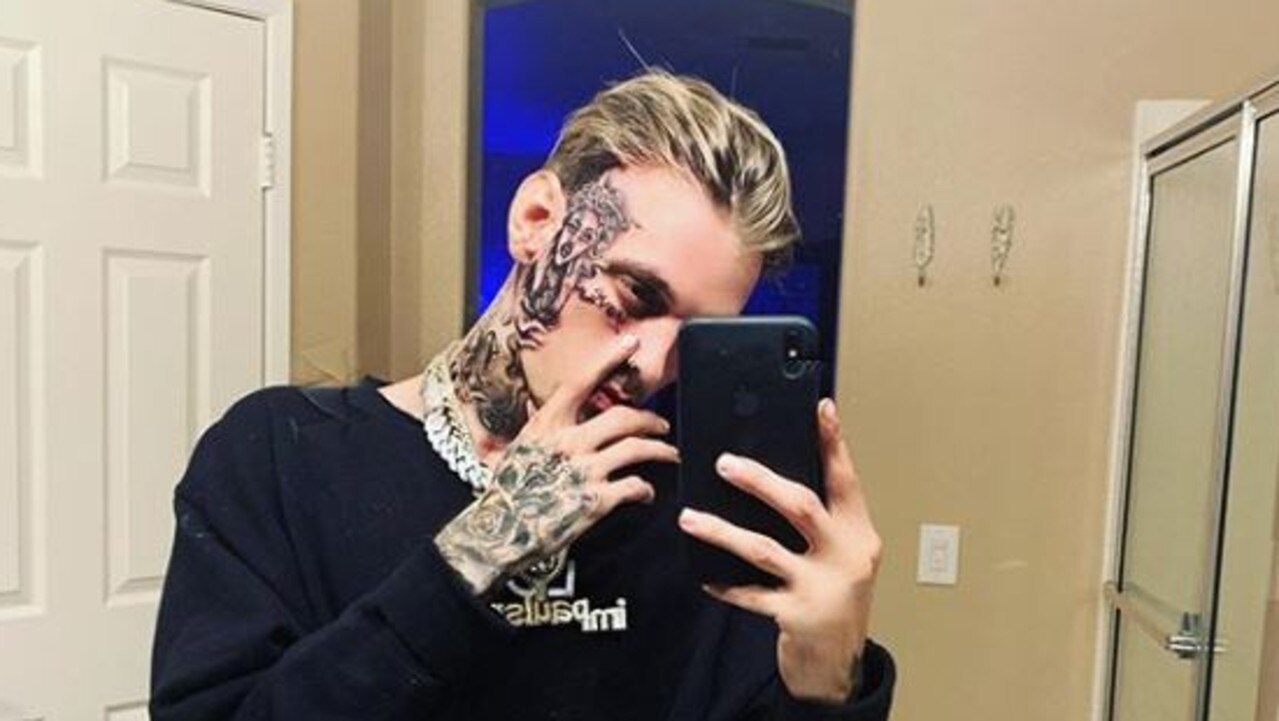 Things just keep getting weirder when it comes to Aaron Carter.

Nobody ever talked about Aaron Carter until a couple of weeks ago when he revealed that his brother had filed a restraining order against him and followed that up by getting a massive tattoo of Rihanna on his face, and it seems like stuff is only going to get crazier and crazier for him.

His latest escapade involves another bizarre tattoo and also the revelation that he apparently has a 12 year old son that he’s never met with former pageant queen Hayley Eisenhardt. As ever, Carter took to his social media accounts to break the news, first saying the following in his Instragram story before following up with it on Twitter:

Did you know I have a 12-year-old son? Bet that you didn’t know. That’s because you don’t know anything about me. How would you?”

Ask Hayley eisenhardt she’s never let me meet him. Where is my son? Hayley I think you should respond now. Miss teen Michigan… I would like to meet my son. https://t.co/gPSdrMdBkE

Well that’s certainly something. Not really sure what his new neck tattoo says but it looks OK and if you’re into that sort of stuff it’s fine, but that’s not really as interesting as the fact he just dropped a bomb that he had a 12 year old son that he had never seen.

How can he just casually drop that in like it’s nothing? I suppose he’s Aaron Carter and we shouldn’t really be surprised about anything he’s doing these days, but still that’s quite the zinger – especially as it seems like it isn’t even slightly true.

For what it’s worth Hayley Eisenhardt appears to have Twitter and doesn’t appear to have a 12 year old son, but there does seem to be some kind of weird feud escalating between her and a girl she beat to be Miss Teen Michigan Galaxy back in 2007 (or 2006?), who is now trying to get her disqualified so she can claim the crown:

FYI, I called most of our old pageant officials (specifically the ones where you placed higher than me). Told them you were pregnant the whole time to make them disqualify you. Say hello to the new Miss Teen Michigan Galaxy 2007, bitches.

This year is coming up Leahy.

I mean Twitter can take you down some wormholes but that really is something else. Almost incomprehensible that this is what this Sarah girl would be  thinking about when she heard Carter’s allegations. Who honestly cares about that kinda stuff 12 years later?

Respect to Eisenhardt for being pretty much the only normal person in the whole situation. She must be absolutely hating having all this unnecessary attention. Hope it doesn’t mess her up too much and hope that Aaron Carter gets some help too as it seems like he needs it more than anyone right now as well.

For more of the same, check out when Aaron said that he was raped his sister. Grim.