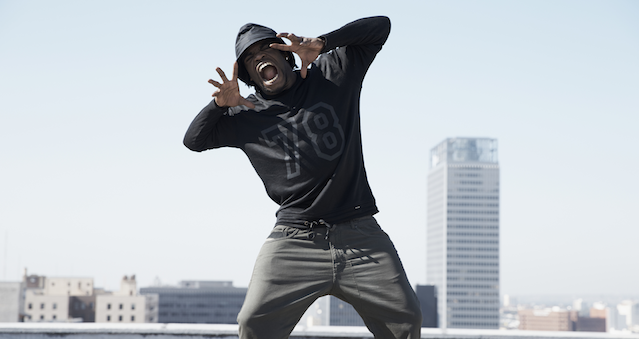 Diesel have produced an awesome A-Z of dance video highlighting hot new dancers and 26 various killer dance styles from around the world, as well as offering you a chance to appear in the sequel.

Diesel and I-D have joined forces with director Jacob Sutter and some of the hottest young dancers in the world today to create an incredible new dance video featuring 26 of the world’s best loved dances, including recent faves such as twerking and the Harlem Shake.

They’re also showcasing Diesel’s new Jogg Jeans – a new hybrid product that combines jersey and denim – and their movement potential and why they’re the perfect garment for when boogying on down. Apparently the jeans have the style and cool look of denim on the outside but the comfort of sweatpants on the inside, which sounds almost too good to be true.

If you look at the video though it looks as if it’s working because there is no way I would be able to bust out any of these moves, and especially not if I was wearing tightass jeans that got real sweaty whenever I tried to do anything physical. I think I’m going to have to check out a pair of these and see if they actually are able to do what they say they can, because if they can then I’ll definitely be stocking up because you can’t beat the comfort of sweatpants, it’s just that they look completely and utterly lame if you’re out doing something.

â˜› More Dancing: How To Dance At A Rave

Also, if you check out the video and think you’re a better dancer than anyone featured in it (or just think that you’re pretty good at dancing in general) then you can appear in the follow up video for the A-Z of dancing which should be filmed shortly. You can be considered for a spot in it by using social media and the hashtag #joggjeans and #iDdance alongside videos of you dancing or head down to a live audition in London on Thursday.

The auditions will be taking place at Diesel Covent Garden – Thursday 10th April (This Thursday) – 2 – 4pm. Head down, bust out some moves and you could be well on your way to appearing in a new music video and trying out the Jogg Jeans yourself. Stars from the video will also be present at the store, including Nicole ‘The Pole’ Williams.

I’m not so clued up about up and coming dancers, but in case anyone else out there is curious as to who’s appearing in the video then here are a few names and references:  the Soul Step team who starred in Rick Owen’s ground-breaking SS14 show; Nicole ‘The Pole’ Williams, star performer in Rihanna’s ‘Pour It Up’ video; Northern Soul teen sensation Levanna McLean fresh from performing with Pharrell Williams at the Brit Awards; and Atlanta’s Twerk Team finest, Mizz Twerksum and Lady Luscious.