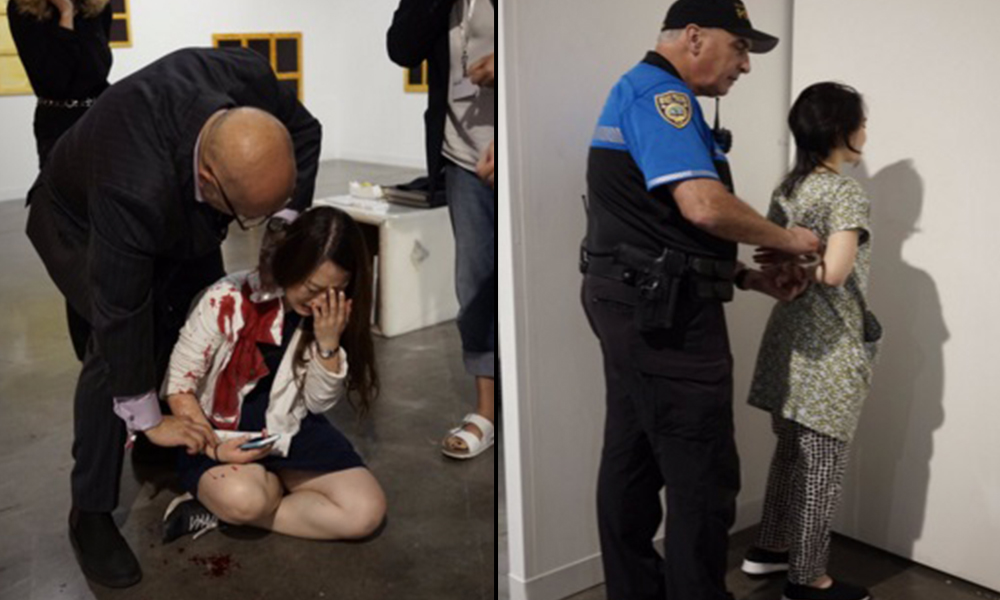 Modern art can be confusing. When an unmade bed wins an award, it’s hard to differentiate between art and real life. So when a woman stabbed somebody at a modern art gallery, it’s no great surprise that onlookers assumed it was an art display.

Siyuan Zhao was at an exhibit in the Art Basel Miami Beach called ‘The Swamp of Sagittarius’ by artist Naomi Fisher. Instead of taking in the pieces of art, Zhao decided to create her own, by following a woman around the exhibition, before pulling out an X-Acto knife and stabbing her in the neck. Nasty. But nobody helped at first. They thought it was a well executed piece of modern art.

She was arrested, but was saying how she ‘had to kill her and two more’ to the police.

The attack was an isolated incident that was immediately secured. The suspect was apprehended by police who were at the scene within seconds of the incident. Our thoughts are with the victim.

It’s scary to think that people can confuse modern art with attempted murder. It’s also worrying how artists can confuse their menstrual cycle with art.