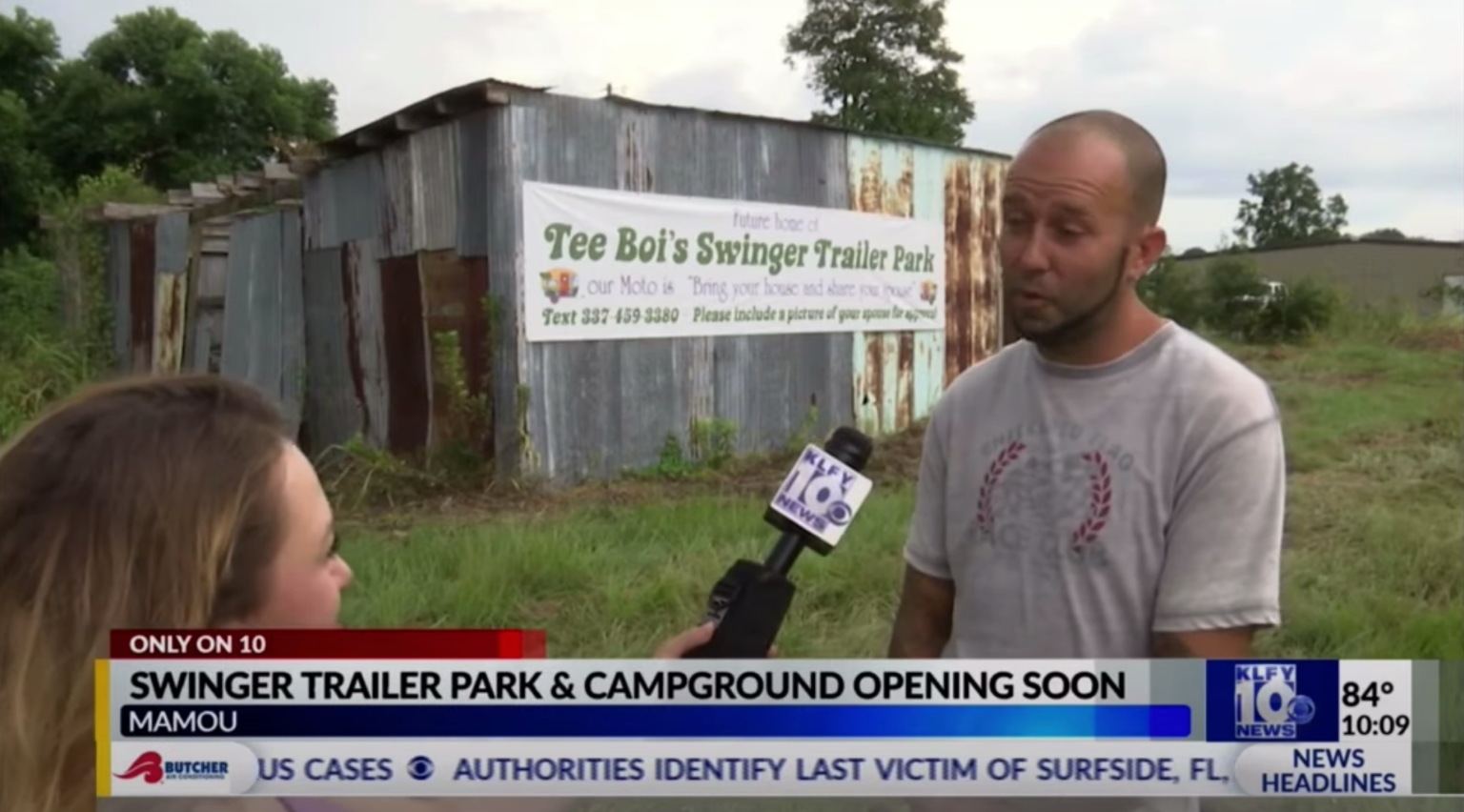 What a delightful summer destination.

I daresay that a lot of us out there have an idea about what your stereotypical redneck American from one of the southern states looks and acts like and that this stereotype might be unfair in some cases, but then you see something like this and you understand that it definitely exists for a reason.

If you’re from Mamou, Louisiana though – three hours north of New Orleans in the middle of Cajun country – maybe you don’t have that many options though. There are only 3000 residents right now, but when a guy named ‘Tee-Boi’ opens his swingers trailer park next year you can bet that the population will be swelling every summer with an influx of tourists come to check it out and spend their holidays there.

Don’t believe me? Take a look at the video:

You can come to Mamou for many good things and this will be one of them.

Live free and don’t be scared of it. There’s a big community of it. I think a bunch of them aren’t shy.

I’d be a fat frog’s butt if it’s not a real number.

Not sure what he means at the end there but doesn’t it all sound like a delightful experience? Gonna have to add Mamou, Louisiana to my bucket list now.

For more swinging, check out when a child spotted at a swingers club turned out to just be a dwarf. Awkward.