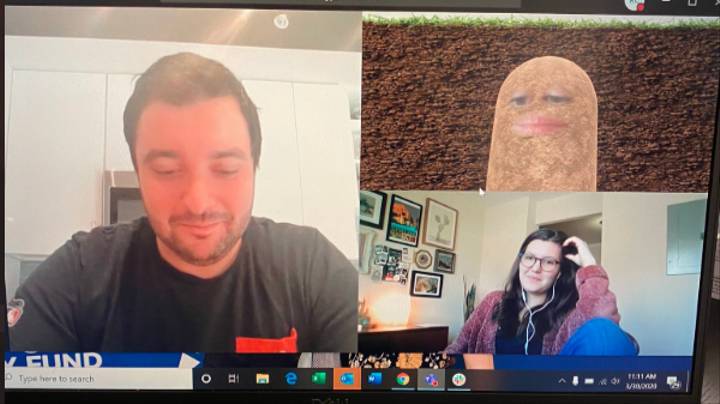 The world has changed and now we tend to spend all our days talking to our colleagues via Zoom or Google Hangouts or whatever and of course that means that people are going to make a couple of boo boos with them and end up going viral.

The latest one of these comes courtesy of someone on Twitter called Rach, who revealed that her boss used a filter on Microsoft Teams that turned her into a potato and couldn’t figure out how to turn it off, so just continued the whole session identifying as a potato. Pretty woke if you ask me.

my boss turned herself into a potato on our Microsoft teams meeting and can’t figure out how to turn the setting off, so she was just stuck like this the entire meeting pic.twitter.com/uHLgJUOsXk

Obviously that’s really funny because she’s a potato, but also kind of funny because she couldn’t figure out how to turn it off and she’s meant to be the boss of these people. Surprised neither of them knew what they were doing either but I suppose all this new technology all at once is a bit much for some people.

The boss herself didn’t seem too bothered about it fortunately and later identified herself as someone called Lizet (I think that’s her name):

I yam potato boss. You should see me in a crown, right @billieeilish? I yam glad this is making folks laugh at this time. Please stay planted at home and safe! For more needed laughs, follow my favorite comedian @cristela9 . Potate out. #HASHtag #PotatoBoss https://t.co/OxpidZc921

Cool. Maybe she’ll just pose as the potato for all her meetings now after it seemed to bring so much joy to everyone out there. Would probably prefer meetings with my boss when he looked like a potato to be honest.

For more of the same, check out this guy who ruined his relationship by pretending to not know what a potato was. Smooth.