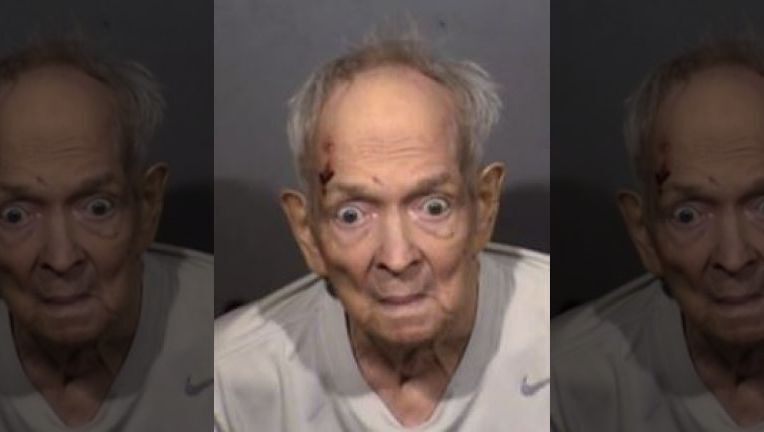 Don’t mess with the OAP mafia.

Discovering ‘water damage’ in your home is one of those things that can send a 93-year-old man absolutely haywire, and sure enough that’s exactly what’s happened in Las Vegas this week.

Robert Thomas, 93, shot his landlord in both legs after holding him responsible for water damage in his flat. He became ‘upset’ when he realised the landlord was in no rush to fix the damage (which is pretty disrespectful to be fair).

Robert armed himself with a 9mm handgun and walked right into the complex offices at 9am on January 2nd, aiming the gun at terrified workers.

As a female employee frantically called 911, Robert fired at a computer screen while making threats and then shot the defenceless manager twice – once in each leg.

Just look at him as he carried out the shooting – the hat, the suit, the pistol, straight up mafia shit: 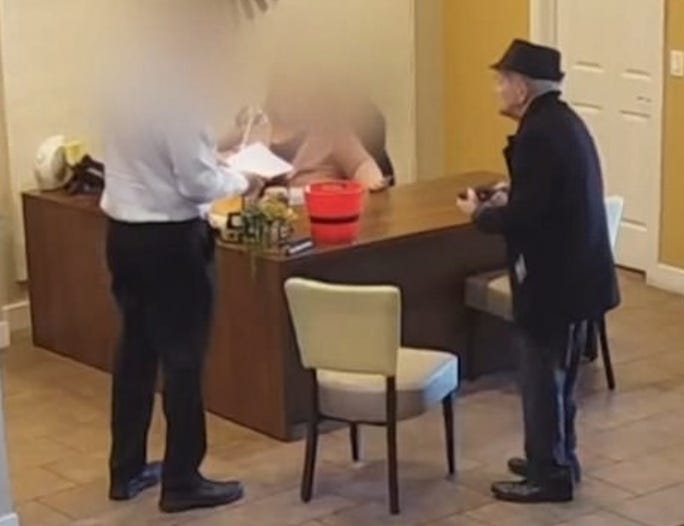 Obviously not condoning gun violence or siding with the shooter (at least not beyond the actual dispute), but I do sympathise with/understand Robert Thomas’s anger here. Imagine living to 93 years old and having to deal with a landlord who’s mugging you off when your property’s been flooded.

OK, even at his age he probably could have handled the situation a little more pragmatically, but I guess at a certain age you just stop giving a shit and will do reckless things from time to time like carrying out a mafia hit on your landlord. What are they going to do, give him life in prison?

Prosecutors allege that Thomas told detectives following his arrest that he would ‘do it again’ and that his intent was to harm the apartment manager, according to Fox5.

For the 81-year-old pensioner who joined a gang because he was ‘lonely’, click HERE. These two should definitely become prison pen pals.