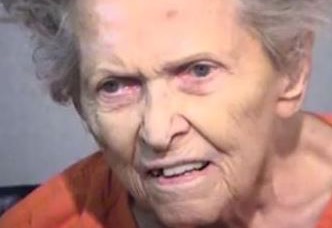 ‘You took my life, now I’m taking yours.’

I imagine every person in their life fears the day when they can no longer look after themselves and have to be put in a nursing home and I doubt that anyone is going to be too ecstatic about it when this day does eventually come. You might handle it a bit better than the woman in this story though.

92 year old Anna Mae Blessing reacted so badly to the fact that her 72 year old son was trying to put her in a nursing home that she arrived at his apartment in Phoenix, Arizona with two guns and shot him dead whilst he was asleep, allegedly shouting ‘you took away my life so now I’m taking yours’. She then tried to shoot his girlfriend who was also present in the apartment, but she was able to overpower her and wrestle the guns from her grasp. Anna then sat in a chair and contemplated killing herself, only she didn’t have the weapons to do so anymore.

Upon arrest Blessing explained that she didn’t want to move into the home that her son had picked out for her as he could no longer deal living with her after she moved back into his place around six months ago. She told the cops that she bought one of the guns in the 1970s and that the other one had been given to her by her husband. 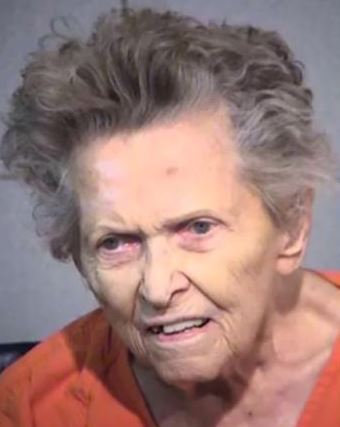 Blessing has now been taken into court on a first degree murder charge and will appear in court on July 10th. It seems kinda stupid that she even bothered killing her son as I reckon that dying in prison probably isn’t preferable to dying in a nursing home, so the only advantage to doing it this way is that she got to murder her son as well – surely that can’t actually be seen as a perk of being evicted from your house?

Confusing and bizarre behaviour and I’m not really sure what she hoped to gain or achieve by it. Maybe we’ll find out more at the trial.

For more death, check out this selfie that led two teenagers to their deaths. Always be careful.