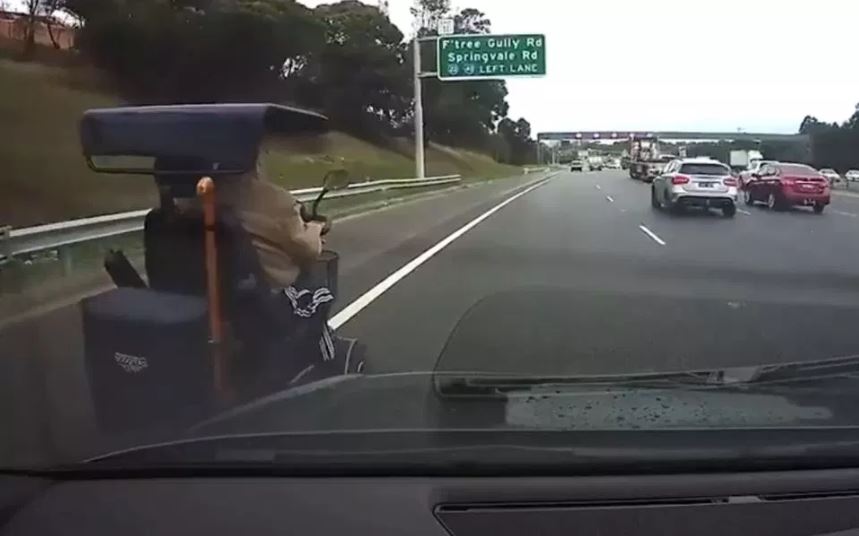 He told another driver to fuck off.

Every now and again you see someone doing something really stupid and you’ve literally got no idea why they would think it was a good idea and this video is another one of those times.

The video shows the moment a 92 year old pensioner thought it would be a good idea to join the motorway in Melbourne (or freeway, whatever you wanna call it) on his mobility scooter and drive at speeds of 16km/hr, even though the speed limit was something like six times that. The man didn’t care though as he stayed on the motorway (just going with that now) and even told other drivers telling him to get out of the way to fuck off.

A guy called Bruce Bromley decided to drive behind him with his indicators on to protect him from other motorists, whilst also calling the police on him. You can see the footage and hear the call he made below – it’s either going to really stress you out or make you completely piss yourself.

Here’s what Bruce had to say about it all too:

I was just completely shocked. I just told him to try and pull over and he told me to fuck off.

It was very aggressive, but at 92, the poor bugger was just confused and a bit overwhelmed.

If I wasn’t there, he would have got collected, and I couldn’t sleep at night if something like that happened.

I assume collected means getting put in a home or something and whilst I appreciate Bruce’s sentiments with that one, maybe he should have been put in a home as that’s the safest place for him considering he’s riding down a motorway on a mobility scooter? Just putting that out there because its seems to me like the guy is a menace to himself and others potentially.

For more of the same, check out this motorbike rider getting ruthlessly cockblocked by a scooter when trying to chirpse a girl. Ouch.