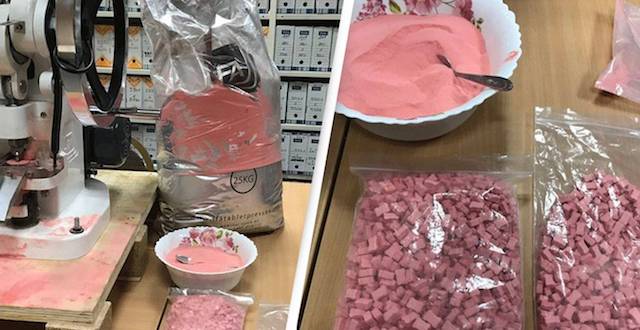 I’m sure the police always feel real good when they make a massive drugs bust and take millions of pounds worth of drugs off the street, but I imagine it must make them feel right stupid when they think they’ve nailed some criminals like this but the haul actually turns out to be ground up Haribo.

Funnily enough, this is exactly what happened earlier this week over in Paris earlier this week when the Paris Police Prefecture announced on Twitter that it had seized €1.2 million worth of MDMA and ecstasy after a raid on Saint-Ouen, Paris following their targeting of a packaging workshop for narcotics that ‘fed underground parties’. The tweet included a picture of bags of pink powder and a bunch of baggies filled with pink pills as evidence of this and you would have thought that the cops were probably dining out on their success all week. 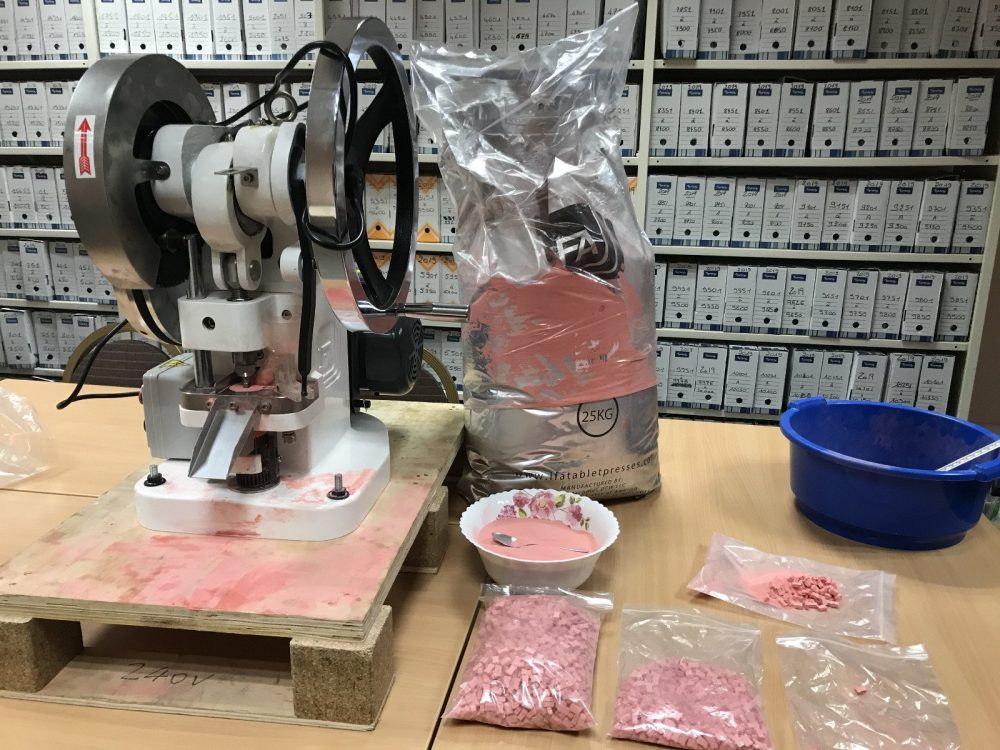 Only problem was that after a toxicology report, it turned out that all was not what it first had seemed and that the massive haul was in fact just ground up Topanga Strawberries – the famous Haribo sweet made of red colouring and strawberry flavouring. It’s unclear now whether the dealers were selling bunk drugs to their customers or if they made all of this powder just to embarrass the policemen, but it seems like the former is probably more likely even if the latter would have been more preferable for everyone that wasn’t a square.

The police were keen to stress that it wasn’t a complete waste of time though, as they also uncovered a bunch of stolen mobile phones, a machine used to make ecstasy tablets and €800 in cash. Whoop de doo.

For more of the same, check out drug testers revealing the ten strongest ecstasy tablets doing the rounds in 2019. Wonder where Topanga Strawberries ranked in that list?