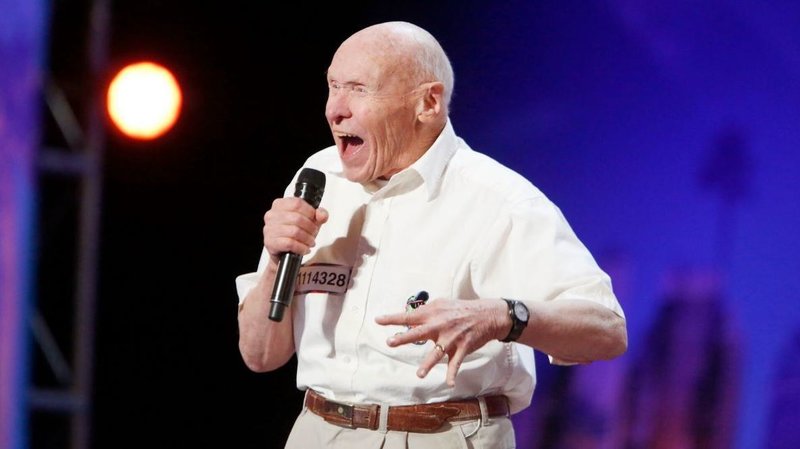 Something’s got to give.

When you think about nu metal and punk rock and dubstep and all the music that kids have listened to over the last decade you normally think that people of an older generation think it’s all trash and don’t understand it at all.

Whilst that may be the prevailing stereotype of those folks, there’s always an anomaly and it manifested itself in the form of 82 year old John Hetlinger when he appeared on America’s Got Talent last night. Despite having had a respected career as an aerospace engineer, John is still partial to a bit of Drowning Pool when he gets on the karaoke machine and lets rip and he thought that this would be a great platform to win America’s Got Talent.

Unsurprisingly, the place went completely crazy when he went into it and everyone was going nuts. Except Simon Cowell. In fairness to Hetlinger though he’s got a mad scream on him:

Guy nailed it to be fair. Can’t believe he didn’t get through, he’s probably better than most of those no talent losers on that show. Fair play to the guy, maybe I can hit him up to play my birthday party or something.

Even though the Drowning Pool singer sadly passed away, I imagine the rest of them are doing a lot better than another stalwart of the nu metal scene Puddle Of Mudd. Their singer just got arrested live on stage.