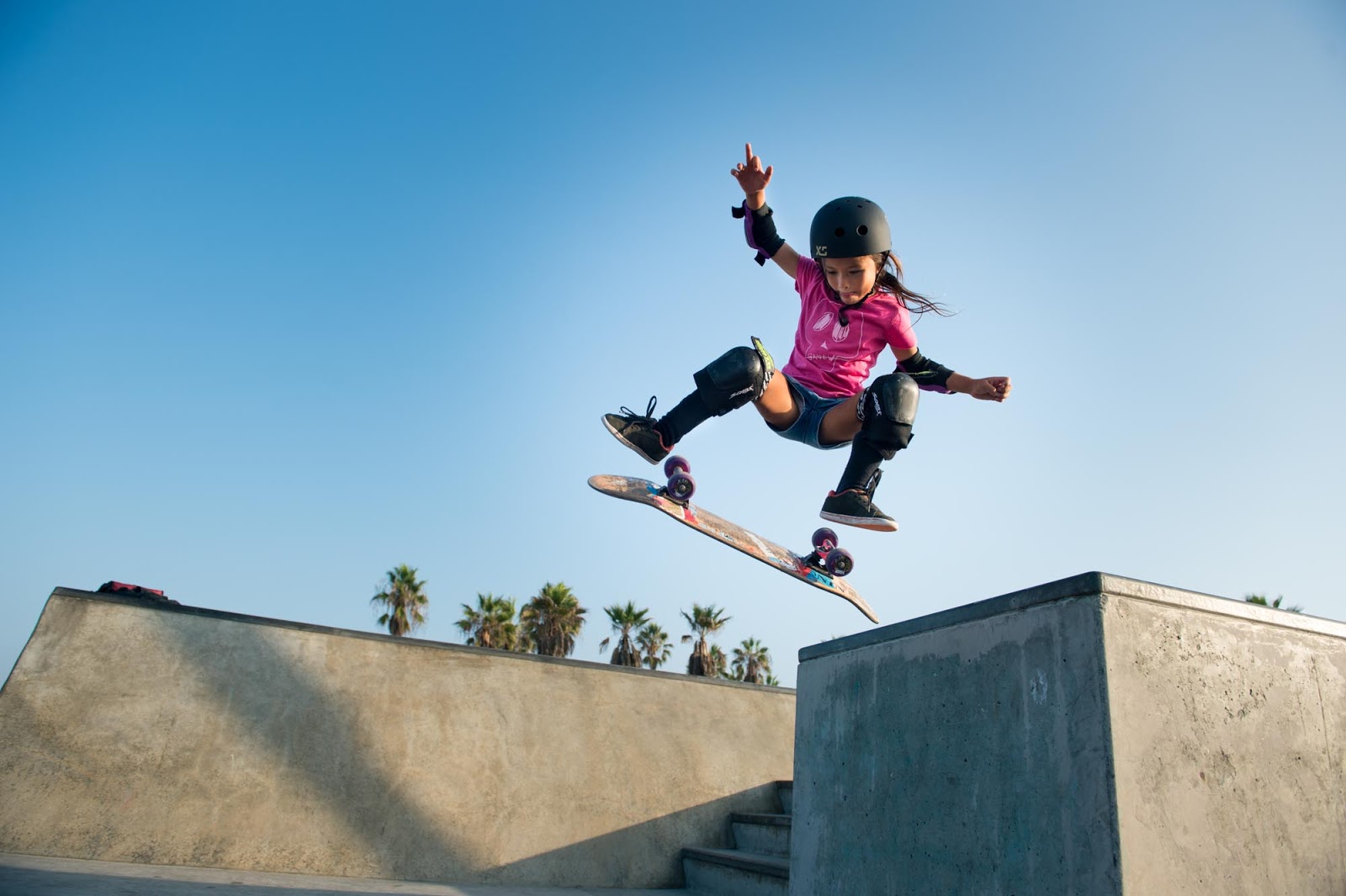 You wish you had these skills.

Skateboarding is predominantly a male dominated sport but every now and then though some excellent female skateboarders do appear and the latest in this trend is eight year old Sky Brown from Miyazaki, Japan.

She’s been shredding all over the world with her five year old brother Ocean and they’re both seriously sick skaters – Sky even made history recently by becoming the youngest female to skate the Vans US Open Pro Series and absolutely shredding it.

Check out some highlights of her in action:

Ok so Sky fell off her board a few times at the Vans US Open Pro Series but she’s only 8 years old and she busted out some completely sick tricks that most of the people I know who used to skate regularly couldn’t have ever hoped to have nailed? She also showed no fear by going up there and competing against people way older, bigger and better than her and that totally rules too.

Like the commentator says, she’s probably going to win in 2023, 2024 and for the rest of time after that if she sticks at it and doesn’t get injured. For more of the same, check out these teenagers absolutely nailing a Metallica covers set. For whom the bell tolls baby.