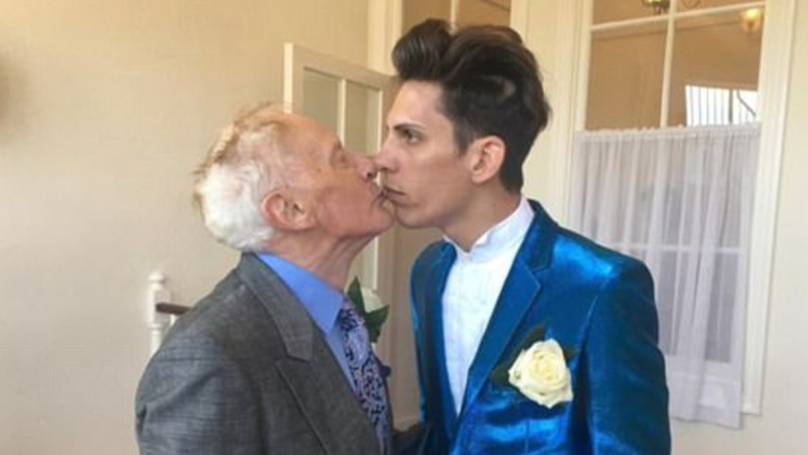 Not these two again.

You probably remember the strange story of the 79 year old priest who married a 24 year old Romanian model, bought him a house and then got dumped and left penniless because even by Sick Chirpse’s standards it’s one of the most bizarre ones we’ve featured over the years.

The pair never seem to be out of the spotlight for too long as it was revealed a couple of months ago that they were getting back together for some reason. I guess love really is blind, even when somebody steals your house.

Anyway, eager to continue their dalliance with fame, the paid decided to appear on Jeremy Kyle this morning to justify their relationship. Inevitably Jeremy gave them a grilling – you can watch the full 15 minute segment below or just read some choice quotes underneath that:

Being made a fool of can be very nice, especially when it’s a handsome young man making a fool of you.

Our relationship has been tested when I haven’t had money.

Until I sold the house, I could buy him very little when he started.

We have an arrangement which I think at my age is sensible. I’ve said if he has any other relationships, one night stands or whatever, he should tell me but I’m not going to be angry about it.

I’ve had one or two young men. I had a short relationship with another young Romanian but that didn’t work out.

I like a toyboy, I do, which may seem unusual for a priest, but priests are human.

These comments we’ve had a lot, of me being a dirty old man, horrible, but these people who write this don’t know us as people.

If you missed all of their dumb adventures before, click here. Very entertaining.